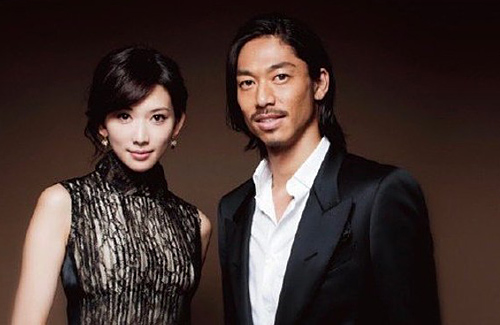 Due to the suddenness of Chiling Lin’s (林志玲) marriage to Japanese pop singer Akira last month, many speculations arose as to the reason behind it. First, it was that Chiling rushed into marriage due to her mother’s failing health. Then, it was rumored that the couple tied the knot because Chiling was pregnant and expecting. However, this may not be the case after all, as it has been reported that the couple continue to live separately.

Due to their busy work schedules, the couple has not had time to look for a new living quarters. Allegedly, they have decided to remain living separately for the foreseeable future. While Chiling will continue to permanently reside in Taiwan, Akira will remain in Japan.

This may pose a problem, as Chiling is currently 44 years old and has openly shared her desire to have children soon. Although she has prepared for this day and frozen 15 eggs earlier, the couple may want to eventually decide on a permanent residence in order to experience pregnancy together.

Akira, who is currently in Japan and living separately from his wife, is not one to go out for nightlife ventures. Instead, the 37-year-old entertainer was recently spotted out for lunch with his band mate, Takahiro. It seems that Akira has a healthy social life and Chiling need not worry.

1 comment to Chiling Lin and Akira Live Separately after Marriage