Coffee Lam Admits She Has Been Fired by TVB 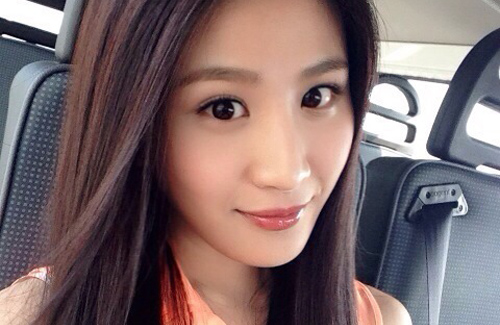 Coffee Lam (林芊妤) was officially fired by TVB after meeting with management executives yesterday. The 24-year-old artiste had a chance to explain her 30-minute public restroom scandal with rich heir Will Lam (林知譽). After a discussion that lasted nearly two hours, TVB decided to terminate Coffee’s management contract.

Arriving at TVB City just before noon yesterday, Coffee was not spotted leaving until 1:40 p.m. Surrounded by the press, she revealed the termination of her contract and expressed, “I’m thankful towards TVB for cultivating me throughout the past six years. This is a big lesson and a misunderstanding [on my part]. I should have returned to the company and explained the incident as soon as it happened, but I chose to handle it immaturely.”

Coffee added that she will respect the company’s decision and wished the media would give her space. “TVB has been really nice to me. I’m truly touched and would like to thank those who cared for me. Actually, there is nothing more to say since the incident happened a long time ago. Give my family and I some space.” Currently lacking future plans, Coffee will take a mental and physical break.

In a hurry to dodge the crowd of reporters, Coffee awkwardly boarded the wrong car while waiting for a taxi. Embarrassed by her actions, she helplessly stepped out and continued to wait. In the meantime, Coffee refused to answer any questions regarding Will Lam. When a taxi finally arrived, she exclaimed, “Don’t follow my car. I just lost my career, and I don’t want to waste money driving around in circles. Help me save my money. I’m not heading home no matter what.”