Famous Italian luxury brand, Dolce & Gabbana (D&G), recently released a series of promotional videos to advertise for their upcoming fashion show in China. One of the videos depicted a Chinese model trying to eat pizza with chopsticks while making odd expressions. A male voice spoke with broken English in the background. The video was met with outrage as it was regarded as insulting Chinese culture, and was quickly deleted from Weibo afterwards. 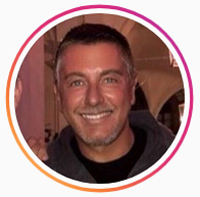 To top it off, D&G co-founder and fashion designer, Stefano Gabbana, was caught arguing with a netizen on Instagram and criticizing China’s culture and traditions. Screencaps of their conversation were widely circulated among social media and he can be seen commenting, “I will say that the country of shit is China.”

As expected, this infuriated netizens who told D&G to “crawl” out of China. D&G later issued an official statement claiming that Stefano’s Instagram had been hacked. However, netizens are having a hard time believing this given Stefano’s track record of making outrageous comments.

D&G was slated to hold a large-scale fashion show tonight in Shanghai, inviting 40 Chinese celebrities to watch the fashion show among 1500 guests. But due to Stefano Gabbana’s insulting comments, many Chinese celebrities declined to attend. . This included Zhang Ziyi (章子怡), Li Bingbing (李冰冰), Huang Xiaoming (黃曉明), Dilireba (迪麗熱巴), Chen Kun (陳坤), Girls 101 (火箭少女), and Darren Wang (王大陸). Many posted comments on Weibo indicating their refusal to attend and proclaiming their love and support for their country.

Zhang Ziyi also posted that she and her team will not be buying or using any products from D&G. She also posted a meme with the caption, “Your shit fell. Here, have it back.” Feeling the wrath of China, D&G has since announced that the fashion show tonight is cancelled, losing approximately $1.4 million USD.

Dilireba and TFBoys’ Karry Wang (王俊凱) announced they will be terminating their endorsement contracts with D&G. Dilireba, who made her fashion catwalk debut with D&G last year in Milan, said, “At any time, the Motherland can’t be violated!” Karry said that mutual respect for each other’s cultural history is the most important factor in deciding which brands he works with. 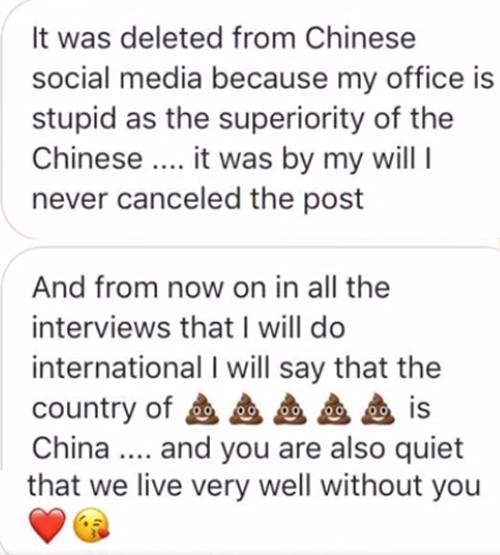