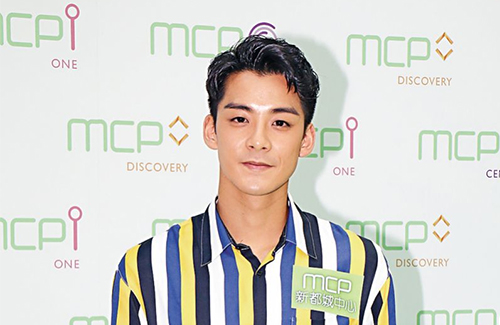 Dickson Yu (余文樂) and Sisley Choi (蔡思貝) are rumored to be dating, but whether that’s true or not depends on the mind of the believer. Regardless of any rumor, Dickson and Sisley are indeed close friends, with Dickson saying that Sisley is a friend that he can count on.

Last August, Dickson collapsed at a football match and fell unconscious for several days. Though Dickson has fully recovered, the incident made the TVB actor become more conscious about his body and wealth.

Pointing out that his family is now always nagging him about his health and safety, has Sisley also? Dickson said, “Yes. For example, this past Wednesday and Thursday I had location filming, and then another job afterwards. She did tell me to be more careful. (She seems to know a lot about your schedule.) When we hang out we tend to talk about our work.”

Dickson said it’s hard to make close friends who you can have heart-to-heart conversations, and Sisley is that friend. Dickson said Sisley was his only “rumored girlfriend” who went to the hospital to visit him. “She is a very loyal and affectionate friend. It’s not because she came to visit me, but just from how she interacts with me and others.”

Asking if Dickson’s mother “approves” of Sisley, he said, “My mother has never really talked about dating life with me. (What about your previous girlfriends?) Not really. My mother would just tell me that if I’m serious about it, then I should consider dating. She doesn’t want her words to affect me. That was never her style.”