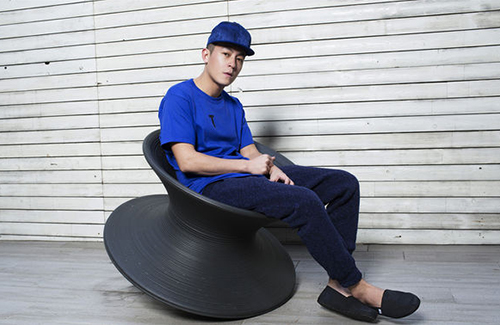 Edison Chen (陳冠希) stepped away indefinitely from the Hong Kong entertainment industry when his obscene sex photo scandal took the public by storm in February 2008. The scandal received widespread media coverage around the world due to the number of famous actresses involved, raising questions about privacy and free speech.

Since leaving his entertainment career behind, Edison pursued a career in business, establishing his own brand CLOT. In the last few years, Edison have made brief cameo appearances in Hong Kong films, and also released two albums, but he chose to keep his focus on his clothing business.

Recently, the 35-year-old released a three-part reality miniseries, Being EDC <觸手可及>, for Vice China to share his own stories. In the show, he recalled the 2008 photo scandal and the impact that it had on him. He said, “I know many unhappy things have happened, but I never had any evil intent. It wasn’t done on purpose. It was an accident.”

But the scandal also made Edison stronger in many ways. Since retiring from entertainment, Edison dedicated most of his time to his clothing line and multimedia company, taking his business to new heights. His business now earns over $10 million USD of revenue per year.

“I want to prove myself to those who said I’m useless, unsuccessful, and only rely on my looks,” he said. “I wonder what they have got to say about me now.” He then added with a laugh, “I know I still have many supporters. They’re rather smart. Those who hate me must either be jealous or brainless.”

However, Edison said he has no regrets of what he has done, saying, “Many people have asked me what I would change if I could go back in time. I told them I wouldn’t change a thing. I’m very happy today.”