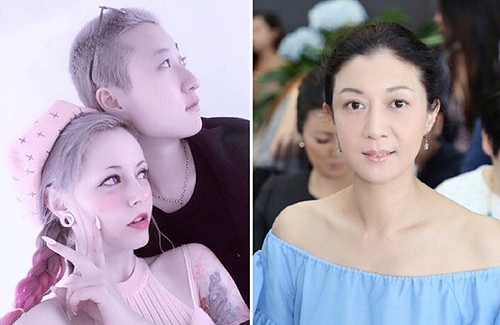 Life is always dramatic for 18-year-old Etta Ng (吳卓林). Just four months ago, Etta and girlfriend, Andi Autumn, were still homeless and had slept under a bridge in Canada. But things seemed to have turned around quickly for Etta, who opened a filming studio in Toronto with Andi. The couple has also gotten engaged.

Etta’s mother, Elaine Ng (吳綺莉), disapproves of Andi, a 30-year-old Internet personality whom she questions her integrity. The mother-daughter relationship deteriorated further this year, when Etta followed Andi to her hometown in Canada without even notifying Elaine, who panicked and called the police after Etta disappeared for five months.

Although Etta and Andi’s engagement only caught the public’s attention last week, Elaine already knew about it and told good friend, Meg Lam (林建明), two weeks ago. Meg revealed, “Etta’s mom said, ‘Okay [Etta’s] getting married and can now get Canadian residence.” When contacted by the press, Elaine only said, “It’s fine as long as everyone enjoys talking about it.”

Aside from Etta’s engagement being hot gossip, where she got her money to start her business also puzzled many people. The media speculated that Jackie Chan (成龍) had finally reached out to his illegitimate daughter and given Etta money to make life more comfortable.