Fala plays a parent and will appear in four out of six episodes.

Making her Hollywood debut, Fala Chen (陳法拉) is set to appear in four out of six episodes in HBO miniseries The Undoing. Directed by Susanne Bier who was behind Bird Box, the drama also stars Nicole Kidman and Hugh Grant and aired its first episode on October 25.

Adapted from the novel You Should Have Known by Jean Hanff Korelitz, the story revolves around a couple played by Nicole Kidman and Hugh Grant who appear to be living the perfect life until a violent death disrupts the façade. At this time, her husband goes missing–could he be responsible for the disasters shaking up their community?

Playing a parent named Jolene, Fala will have the most cameos in the first episode. The 38-year-old actress will also appear opposite Nicole Kidman in a three-minute long scene where the parents gather for tea, though Fala’s lines are limited.

Besides The Undoing, Fala is also part of the cast for Marvel mega-production Shang-Chi and the Legend of the Ten Rings <尚氣> alongside Tony Leung (梁朝偉), Michelle Yeoh (楊紫瓊) and Golden Globes Best Actress Awkwafina. While it was previously rumored that Fala would be playing Leiko Wu, a key character in the film, another actress has been recently confirmed to be cast instead, leaving Fala’s role to be confirmed by the production team. 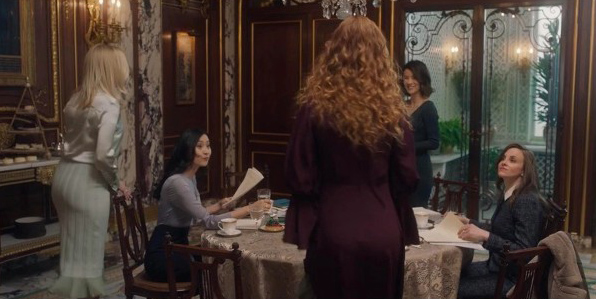