After graduating in May 2018 from New York’s The Julliard School with a Master of Fine Arts in Drama, Fala Chen (陳法拉) set her sights to break into Hollywood. She signed with American management company, United Talent Agency, and has been auditioning for roles consistently. Her hard work and determination has finally paid off, as Fala finally secured a role in the upcoming HBO miniseries, The Undoing.

The drama is based on the novel You Should Have Known by Jean Hanff Korelitz and will also star Hugh Grant and Nicole Kidman. The story follows Grace Sachs, portrayed by Nicole Kidman, who is a successful therapist and will be publishing her first book soon. She has a devoted husband, portrayed by Hugh Grant, and a young son. Grace seems to have it all, making her befit to publish a self-help book. In her book, titled You Should Have Known, she cautions women to really hear what men are trying to tell them. However, shortly before her book gets published, terrible disasters begin to befall upon her, including a death, a missing husband, and other dreadful revelations. Grace must learn to heed her own advice and build a new life for her and her young son.

Fala is cast in the role of Jolene McCall and will star in four of the six episodes of the miniseries. 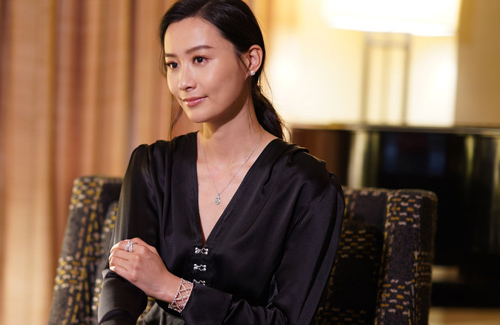 Studying in New York was a stepping stone to Fala’s Hollywood acting career.