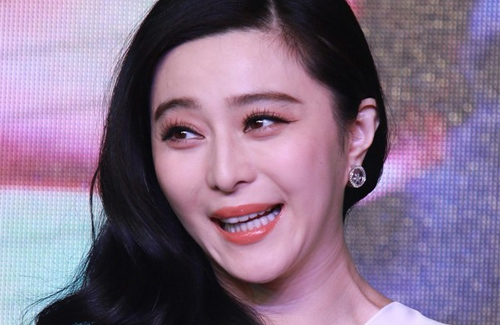 Admitting to tax fraud, Fan Bingbing (范冰冰) issued a public apology statement yesterday admitting her wrongdoings. Required to pay 883 million yuan in back taxes and fines, Fan Bingbing said she will do her best to raise funds to pay back the Chinese government. However, among the 127 brands that Fan Bingbing endorses, a majority of them have already dropped her as spokesperson due to her tax scandal.

During Fan Bingbing’s four-month investigation by tax authorities, many companies have grown wary of the situation. According to Apple Daily, Mont Blanc, a home appliance company, and a weight-loss beverage company said that Fan Bingbing is no longer their spokesperson. Representatives from these companies were reluctant to even mention Fan Bingbing’s name due to her plummeting image.

Among the 127 major brands that Fan Bingbing endorses, it is expected that a majority of them will retreat in their contract deals. Although there were also some advertisers that said they will continue to work with her.

Selling 41 Properties to Pay Back Taxes?

Estimated to have a net worth of more than 7 billion yuan, not all of Fan Bingbing’s assets may be liquid. Mandated by the State Administration of Taxation to pay back 883 million yuan within a specified deadline, Fan Bingbing reportedly listed 41 properties in Beijing for sale at 20 to 30 percent below market value to raise funds for the payback. Since the properties are located in the Palm Springs area, which is a popular residential choice among celebrities, it was speculated that Fan Bingbing was the true owner behind the sudden influx of listed properties. However, when reached for comment, the real estate agent managing the listings denied this to be true.

Fan Bingbing’s Punishment is Too Light?

Despite Fan Bingbing taking a financial hit with the tax scandal, many netizens felt that she has already gotten off lightly. In comparison, in 2002, Mainland actress Liu Xiaoqing (劉曉慶) was sentenced to 442 days in prison for tax evasion of 20 million yuan. Her bank account was seized, in which 1.96 million yuan in deposits were confiscated.