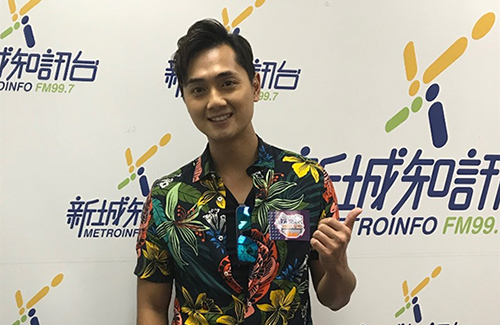 In a radio interview to promote his new album Starlight <星光>, Fred Cheng (鄭俊弘) revealed that he has been cast in a new TVB drama, which will begin filming next month.

It’s been well over two years since Fred last starred in a television drama. His last work Provocateur <與諜同謀> in which he costarred with Gallen Lo (羅嘉良), aired in early 2017. Despite expressing his interest in pursuing both acting and music, his relationship with Stephanie Ho (何雁詩) took a toll on his image, and Fred went on an acting and music hiatus.

“I’ve never exactly stopped working,” said Fred. “It’s just that I didn’t do any acting, and didn’t have many appearances on TV, so it appeared like I haven’t had work. These two years, I’ve been actively recording and making music.”

Acknowledging that his private life had affected his public image, Fred said, “The viewers will understands. The fans and those who know me will understand. I will try my best to be me. There are many things that are beyond my control.”

Asking if he will be spending the upcoming Mid-Autumn Festival with a loved one, Fred shared, “I’ll be working. Usually I spend it with my mother, and I do miss her, but I’m used to [being by myself] now. My mother did come visit me last year. It’s always been hard for the family to get together for the holidays, so it’s a good thing that my sister and brother-in-law live here now.” Sharing that his niece is now seven months old, Fred said he loves children. “When I visited Myanmar a while ago, I sponsored three children. I still receive pictures from then.”