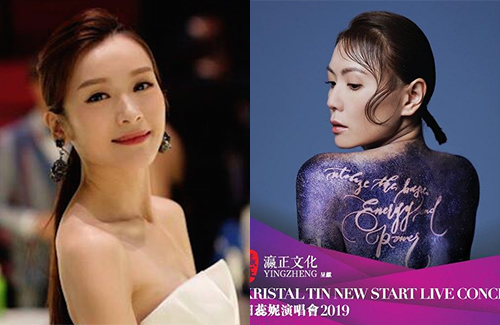 There’s never a good ending when politics get involved with entertainment, so when Ali Lee (李佳芯) and Kristal Tin (田蕊妮) shared their opinions on social media, many Chinese citizens were angered.

To prevent more smoke from being added to the fire, it was said that TVB had decided to temporarily put Ali and Kristal in the freezer while waiting for tensions to die down. As both Ali and Kristal are Best Actress winners, being political is definitely not good for their image.

Sources say that TVB had pulled out Ali’s upcoming drama Death By Zero <殺手>, originally scheduled to air in late 2019 as an anniversary drama, from broadcast due to the controversy. The sequel to Who Wants a Baby 2 <BB來了2> was postponed, and a replacement for Ali is being considered. 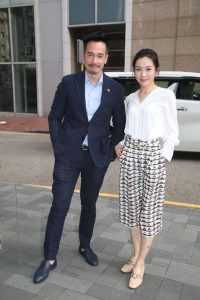 Ali did not out right deny the rumors of being frozen, but did say that, if it was true, she would respect the company’s decision. Nonetheless, the 36-year-old is still shooting the TVB drama Amelia’s Rhapsody <愛美麗狂想曲> as scheduled, and she is still being offered multiple endorsement contracts despite her controversy. Ali still updates her social media, but is refraining from discussing politics with anyone.

Ali’s Baby costar Lai Lok-yi (黎諾懿) had expressed confusion about the rumors of Ali being frozen, but clarified that the delayed sequel was due to Ali’s obligations for Legal Mavericks 2 <踩過界>, which Ali is confirmed to be returning in.

Ali also has the support of her Death By Zero costar Wayne Lai (黎耀祥), who said that the delay of DBZ could be for other reasons. The broadcasting rights have already been sold to Chinese streaming platforms.

Like Ali, Kristal was faced with threats of boycott, and also like Ali, the rumors of being frozen are not affect her career at all. 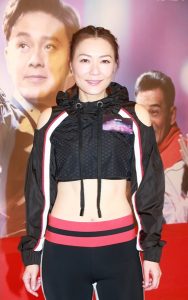 Kristal’s new TVB drama Girlie Days <她她她的少女時代> has just premiered, and Kristal is an active participant in the drama’s promotional tour. Kristal also denied the rumors of being frozen, sharing that her work output has not slowed down at all. However, should it be true, Kristal will respect TVB’s decision.

A recent social media update by Kristal seemed to imply that Girlie Days would be the last drama of her acting career. “I don’t now when I started to think like this, but I treat every performance like it’s my last one. I relentlessly enjoy each and every step of the process, to show everyone the best parts of myself.”

But Kristal isn’t retiring. On September 20th, the 41-year-old will be holding her debut concert “Kristal Tin New Start Live Concert”, and has been training at the gym in preparation for her upcoming concert.