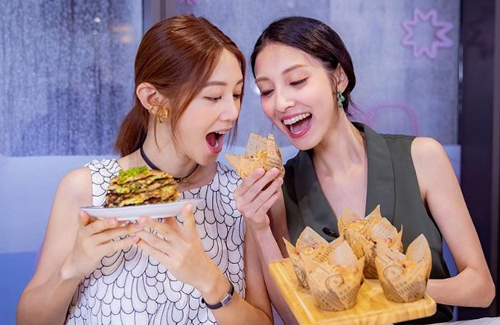 As a mother of two boys, Grace Chan (陳凱琳) has picked up a variety of parenting skills. Recently meeting up with expectant mother and influencer Elva Ni (倪晨曦), Grace opened up on her parenthood journey and that she plays the role of the strict parent in her household.

When Grace first discovered she was pregnant, her husband Kevin Cheng (鄭嘉穎) was more excited than herself. “He is a very traditional family man, and he thought the happiest thing in life is having a family. After we got married, we quickly planned for kids.”

Although Grace praised Kevin for being a good husband and father, Grace complained he is a lenient parent, “He really can’t be the ‘bad tough parent’ so I have to be it. My kids like to touch things and then put their hands in their mouths. I would say, ‘no no no,’ while Kevin would soothe the kids and say we can clean up later. I have to say ‘No, there is no later.’’” 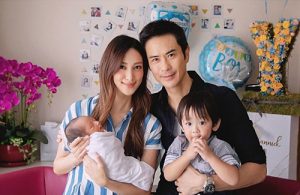 In Grace’s second pregnancy, she waited nearly six months before announcing the good news to the public. Explaining why she hid her pregnancy for so long, Grace said, “As soon as it is made public, people would begin to observe my usual habits, such as if I’m behaving or if I’m eating something that I should not eat. I ate a lot of things that I shouldn’t, so I thought it would be better to delay the announcement. Your body temperature increases when you’re pregnant. Sometimes I would want to drink bubble tea, but I could be photographed.”

After giving birth, Grace took a hiatus from acting to focus on her family. Being a social influencer is  a lot  more  flexible than filming dramas. With her family as her priority, Grace may have to give up on acting for the time being, “After the birth of my first son, I was still very enthusiastic to come out to work and film. After giving birth the second time, it is not possible because I am very busy. I do not want to neglect them because of my desire to do my own things. When I spend half a day filming, I feel guilty. I won’t be able to shoot any more dramas.”

56 comments to Grace Chan Gives Up Filming Dramas for Kids