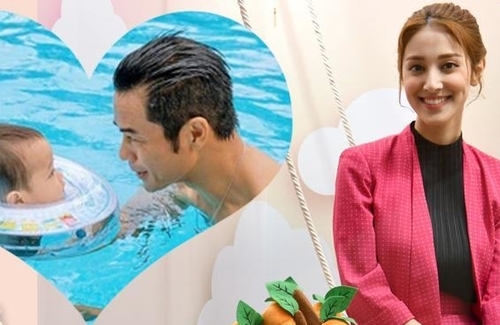 When 28-year-old Grace Chan (陳凱琳) participated in the TVB drama, Blue Veins <殭>, she never imagined she would snag the My Favorite TVB Drama Character award at the 2016 TVB Star Awards Malaysia, let alone fall in love with her costar, Kevin Cheng (鄭嘉穎). Although he is 21 years older, the couple did not let their age difference stop them from tying the knot in Bali two years ago and welcome their son, Rafael, the following year. Stepping into the Year of the Rat, Grace reflects on the past year and realizes her biggest achievement was becoming a mom. 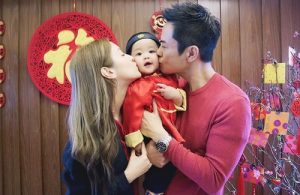 “When I was still pregnant, I thought I would return to [acting] quickly,” Grace expressed. “But after giving birth and seeing him grow each day, I can’t bear to return to work.”

Besides, Rafael will start school this year and meet other children, so she hopes to accompany him on the milestone. Although she is putting work on the back burner, Grace promises she is still interested in filming dramas. “I’m not retiring, but I don’t know when I’ll return,” she shared. “[Kevin] supports whatever I choose as long as I can handle it.”

Moreover, Grace said she’s not as healthy these days. “I get tired and sick easily, but I need to be healthy to take care of my family,” the mother of one said.

Also, she wants to have another baby soon, so her children are not too far apart in age. Since she has a twin brother, Grace hopes Rafael will also have a companion whom he can grow up with. “If I have a daughter next, then I can stop having kids, but I hope to have two to three kids,” Grace said.