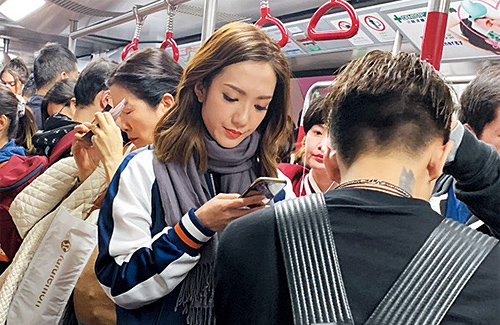 Enjoying a stable work-life balance, TVB actress Grace Wong (王君馨) has been showing herself working hard on filming projects and in the gym with her husband, Daniel Zhang, on social media. Reaching almost two years of marriage, the sweet couple still have no children, but have recently been looking to buy a new home.

One may wonder if this desire is because of a baby on the way, but Grace had earlier explained that since her husband moved to Hong Kong, he became a shopaholic and so there are needs to increase the storeroom.

With plans to move to a bigger house, the 32-year-old actress has been working hard to earn money for a three-bedroom home. She has been keeping an eye on the real estate market, and with the prices seemingly falling soon, it should be an advantageous time to purchase.

“Working hard right now, but Hong Kong’s property prices are just too high. Went with my husband to look at some homes earlier, and it felt like I bought a lotto. It’s too thrilling.  My husband and I were planning to buy a small place to invest in, but it doesn’t work out that easily. Even if you have money, you probably won’t be able to buy a home nowadays. We’ll just save money for now,” Grace said.

With property prices being so high, wanting to buy a home is a struggle even for a celebrity. So to save enough money, Grace is currently living on a budget. Spotted on using the train as her means of transport with her assistant recently, she was seen trying to talk to her assistant on how to reach their destination. As it was during rush hour and the train was crammed with people, Grace tried to talk louder. However, it was too noisy, so she resorted to communicate via messaging.

15 comments to Grace Wong Rides Train to Save Money