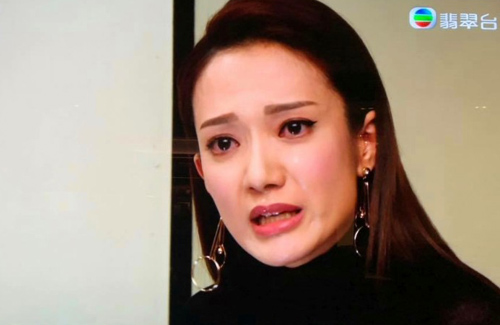 Legal drama, OMG, Your Honour <是咁的，法官閣下>, is airing to positive reception. The drama stars Ben Wong (黃智賢), Eddie Kwan (關禮傑), Grace Wong (王君馨), and Louisa Mak (麥明詩). In the drama, Ben and Eddie are both well-known barristers for handling criminal cases. They have the same mentor and have been feuding over the past thirty years. Adding fuel to the animosity, Ben and Eddie are also involved in a love triangle with Grace, who stars as a television news anchor.

In addition to being praised for its exciting storyline, Grace’s scenes, in particular, are generating a lot of discussion and compliments. In a recently-aired episode, Grace’s acting in the courtroom and dialogue solicited much praise from netizens. Even Alan Tam (譚詠麟), who is affectionately known as Principal Tam, was full of praises for Grace’s portrayal. He uploaded screenshots of some of Grace’s scenes and wrote, “I just returned home from playing soccer and watched a great episode!”

Happy and surprised at Alan’s praises, Grace was unable to contain her excitement. “Thank you, Principal Tam! I am thankful for his support and praise. The screenwriter wrote the scene very well. The scene was also one that Ben and I really liked. I hope the audience will continue to support [the drama].”

When Ben was interviewed about the positive reception of the scene, Ben said, “The screenwriter wrote the scene very well. The dialogue [between my character and Grace’s] was well-written. We didn’t change or alter a single word. Grace and I were both very immersed in our roles. Thank you, everyone, for your support. I want to especially give a shout out to the staff who input the background music and edited the scenes.”