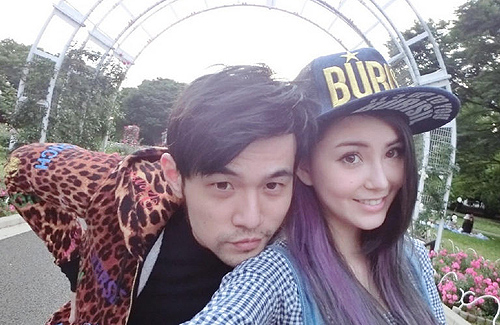 The 26-year-old actress disclosed that she was only 17 years old when she first met Jay during an audition for his new music video. It was implied that if Jay wasn’t the director and took liking of her, she wouldn’t have been cast as the female lead. Upon hearing this, Stephen nodded in understanding as if he knew the reason why Jay would cast Hannah as the female lead, so it would make it easier to pursue her later.

A netizen speculated that the music video that Hannah referred to was likely in November of 2011 when Jay released his album Wow! <你好吗>. She would have filmed the video in July of 2010, and this likely marks the time when they started dating. Photos of the couple on a date were exposed just a few months before the album was released.

When their dating photos got publicized, Jay allegedly sought to protect Hannah by deleting all her scenes in his music studio. Their relationship got exposed when they went on vacation to Australia together in 2011. Feeling pressured by the online criticisms that she didn’t match Jay’s superstar status, Hannah asked to break up and went to the United States to study. Two days after Hannah left, Jay immediately booked a flight to chase her back.

Hannah then recalled that their first date was at a basketball court. As basketball lover, Jay would take her there to watch him play. Now that she has learned the basics, she often joins in and plays basketball with him.

Jay has slowed down his work in recent years to spend more time with Hannah and their two children. The family has been taking frequent vacations to Europe, Australia, and the United States to have more quality time together.