Image Trashed by Scandals, Hugo Wong to be “Frozen” by TVB? 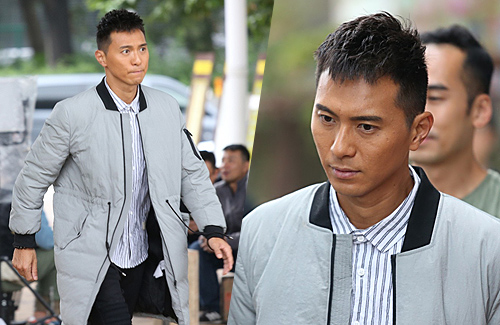 Working at TVB for 19 years, Hugo Wong (黃子恆) worked his way up from minor to supporting roles. Although he became more popular after starring in OMG, Your Honour  <是咁的，法官閣下> and was nominated for Best Supporting Actor at the 2018 TVB Anniversary Awards, Hugo’s chances are now completely gone due to his sex scandal. It is reported that the 36-year-old actor will be “frozen” by TVB, who will not give him new work.

Two years ago, Hugo was rumored to have wrecked  Hiromi Wada‘s (裕美) marriage by having an affair with her. This week, a Mainland Chinese fan accused Hugo got her pregnant and then disappeared. Hugo admitted that they had protected sex and denied that he was the baby’s father. Aside from targeting a married woman and his own fan, Hugo also tried to sleep with singer, TikChi (迪子) and sent her suggestive text messages.

Handsome and possessing good acting skills, Hugo had a lot of potential, but his scandals may send him out of the spotlight. Currently filming Airport Security Unit <機場特警>, Hugo’s scenes in the drama won’t be deleted. But it is understood that TVB won’t give him any new work assignments due to his trashy image. The Exorcist Meter 2 <降魔的2> star, Carrie Tam (譚嘉儀), also revealed that Hugo’s character will die in episode one and leave behind his baby.

Hugo was seen looking depressed on the set of Airport Security Unit since his scandal broke. When reporters visited the filming set, a crew member said Hugo will not be accepting any press interviews since it would affect the cast and crew with the filming progress.

TVB will be hosting its annual Anniversary awards ceremony on December 16. Hugo was nominated for Best Supporting Actor, but the 36-year-old will have no chance to win the award now. TVB can easily

give the award to another young actor, as there are many more who have positive images and good acting skills.

In 2008, Joey Law (羅天宇) entered Mr. Hong Kong and built his reputation from his iconic role in Come Home Love <愛．回家> as Leslie Ma. Recently, Joey played a paramedic supervisor in Life on the Line <跳躍生命線> in which he executed the role so well with his mature acting and built physique. With his hard work, he was able to capture the hearts of many fans and build his fame, which would make the 31-year-old actor ideal candidate for the award.

Bob Cheung (張彥博) also exceeded expectations with acting in Life on the Line <跳躍生命線>. Within the drama, he played a kind-hearted paramedic officer who has five sisters. Many enjoyed his character for his attentiveness and care for the other characters, as well as his guitar playing talent. At the end of the drama, his character’s death brought tears to many fans. Despite gaining many new fans, Bob recently signed with Wong Cho Lam’s (王祖藍) studio; so could that jeopardize his chance of winning Best Supporting Actor?

Lastly, Jackson Lai (黎振燁) is the dark horse candidate to win Best Supporting actor with his breakout performance in OMG, Your Honour <是咁的，法官閣下>.  The 32-year-old actor is gaining popularity for his looks, physique, and good image as a married man. Prior to winning Mr. Hong Kong 2016, Jackson had already worked in acting gigs and has many years of experience. Many fans want him to win the award, but Jackson said modestly, “100 percent it will not be me.” However, his popularity and work are increasing, so there is a chance he may win the award.

30 comments to Image Trashed by Scandals, Hugo Wong to be “Frozen” by TVB?