While Grace Chan (陳凱琳) and Kevin Cheng (鄭嘉穎) announced in May that they are expecting a second baby, the couple gave few details of the pregnancy and decided to reveal the baby’s gender at their baby shower instead.

The party was held today and featured a clever tag line, “Ba-Bee shower, What will it be(e)?” that matched the bee-themed party and kept their friends guessing the baby’s gender. Finally, the big moment came when Grace would reveal the baby’s gender by cutting the cake, in which the color would tell their friends whether she is carrying a boy or girl. 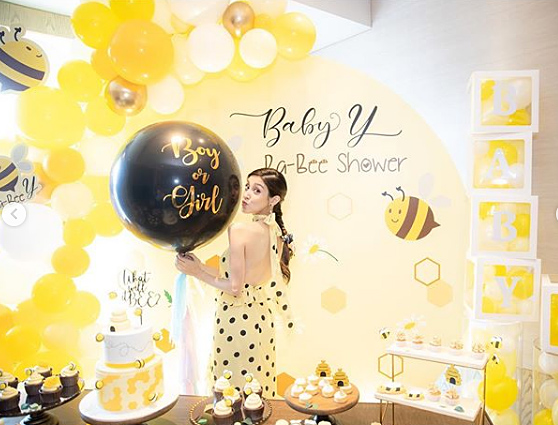 Enjoying her shower, Grace did not immediately update her social media account to share the gender reveal with her fans. Instead of Grace being the first person to make the important announcement, it was Ruco Chan’s (陳展鵬) wife Phoebe Sin (單文柔) who spoiled the surprise.

Phoebe must have been very excited at the party and posted many videos and photos on her social media page. In one video, Grace revealed that she is having a son by popping a giant balloon filled with many smaller blue balloons. Grace can also be seen cutting a beautiful blue cake as Phoebe expressed her joy for the couple.

Now that the baby’s gender is known, fans are impatiently waiting to find out the baby’s name. Grace’s eldest son is named Rafael after the famous tennis player Rafael Nadal, so fans are wondering if the baby’s name will be inspired by another famous athlete. Since the baby shower was decorated with signs that read “Baby Y”, it appears that the couple may have already decided on their baby boy’s name already. 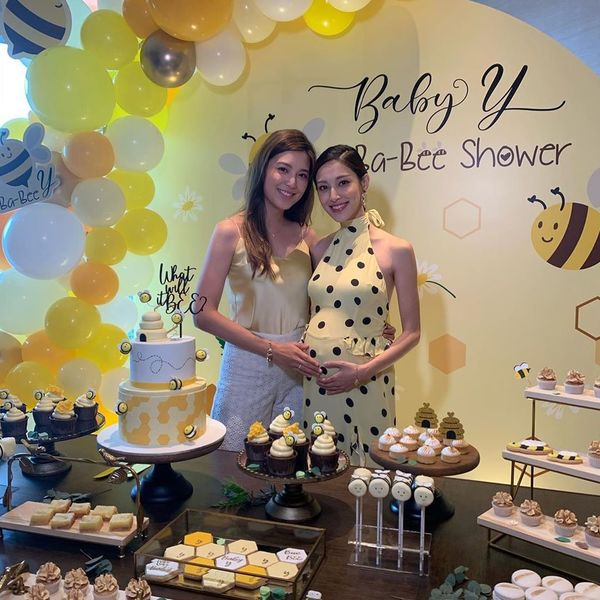 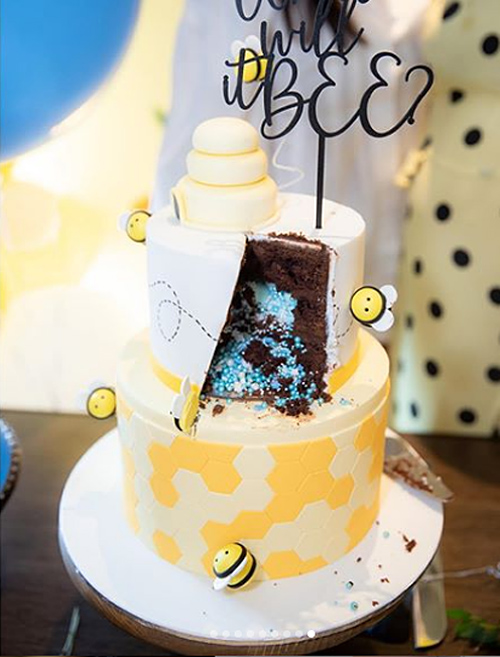