Jacky Cheung’s Daughter Is All Grown Up 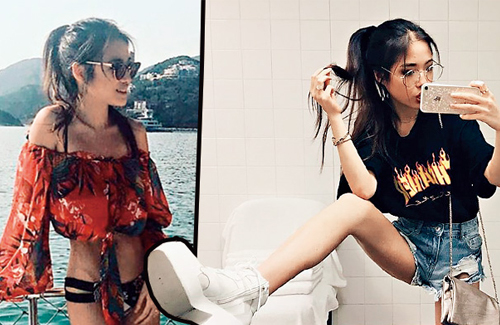 Influenced by her mother May Lo (羅美薇), the 17-year-old is an athlete buff. She consistently works out to keep her body fit, and is a star athlete at her school. She grew up playing tennis with her father, and is a multi-trophy winner of the 1,500-meter run at her school. An insider revealed, “[May Lo] takes a jog almost everyday at the Happy Valley Clubhouse, and sometimes she’d bring her daughter along. They’re very close. Sometimes she’d also bring her younger daughter. It’s been a while since I last saw Jacky playing tennis, though.”

Perhaps influenced by her parents, Zoe also earned a modeling job for a business that promoted physical exercise.

Zoe did catch the paparazzi’s interest in the past. In 2013, it was revealed that Zoe got severely homesick when she was studying in the United Kingdom, and her parents had no other choice but to bring her back home. Zoe is currently studying at Harrow International School Hong Kong, a prestigious British international boarding school in Tuen Mun.

7 comments to Jacky Cheung’s Daughter Is All Grown Up