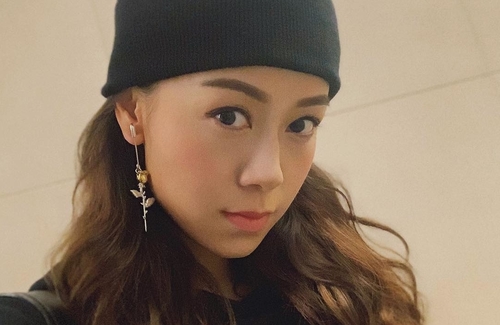 Even though it’s been three months since Jacqueline Wong (黃心穎) and Andy Hui‘s (許志安) affair was brought to light, the media is still watching their every move. While the latter was spotted exercising with his wife, Sammi Cheng (鄭秀文), at the gym and outdoors, Jacqueline flew to the United States to escape from the reporters. In fact, the 30-year-old actress is rumored to be bidding farewell to the entertainment industry to pursue a new career direction.

Earlier, her ex-boyfriend, Kenneth Ma, was suspected of paving the road for her comeback because he asked the media to stop targeting her. Although Jacqueline was rumored of wanting to reconcile with him and asked him to visit her in the states, Kenneth clarified he had broken up with her. However, he claims that they are still friends and continued to defend her.

Contrary to the reports of her possible comeback, Jacqueline may be taking her family’s advice to develop her career in New York’s finance industry, since she holds a Master’s degree in finance and international business from The University of British Columbia.

Meanwhile, in late June, Andy revealed in an interview that he has not been in contact with Jacqueline. Recently, the media caught him at the gym and running outdoors with Sammi – it seems the couple has put the cheating scandal behind them.

Moreover, it is said that Sammi’s good friends promised to accompany Andy in the future to stop him from making any mistakes so that Sammi can concentrate on her concert. Andy will allegedly be in the audience cheering on his wife tomorrow, July 12.