Katy has been linked with many male artistes throughout the years, but her only publicized relationship was with Patrick Tang (鄧健泓), who is 16 years her senior. They fell for each other on the set of 7 Days in Life <隔離七日情> and allegedly moved in together. Unfortunately, their heady relationship only lasted for two years before breaking up in 2012.

Although linked with Sammy Sum (沈震軒) afterward, Katy chose to keep her dating life low-profile. However, last year she admitted that there was a man outside the entertainment industry pursuing her. In February, Katy was spotted driving a new white Porsche, presumably a gift from her new boyfriend.

Recently, it was leaked that Katy is currently dating 30-year-old Malaysian rich second generation, Bryan. Understanding that Katy is very career oriented, he would ask her to attend promotional events in Malaysia, and also assisted her with the opening of her new hot pot business. As well, her car license plate has been changed to “KB”, which many guessed it to mean Katy and Brian.

When reporters asked Katy about Bryan, she said, “We’re not dating. We’re only friends. Earlier, Bryan asked a few TVB artistes and myself to attend an event in Malaysia, which is where we met. No, he did not contribute to my business. I invested in it myself with a friend from Hong Kong.”

Though Katy denies any dating rumors, there are many photos of the two together at social gatherings on Instagram. Katy stood in the “lady of the house” position by Bryan’s side during his birthday celebration. When asked about her apparent closeness with Bryan as seen in the photos, she responded, “I don’t remember. I take a lot of photos with friends at dinner.”

Katy said that she doesn’t want to think about dating right now. “Next year, from January through September, I have to film dramas. Since [TVB] is giving me opportunities, I won’t think about other things. 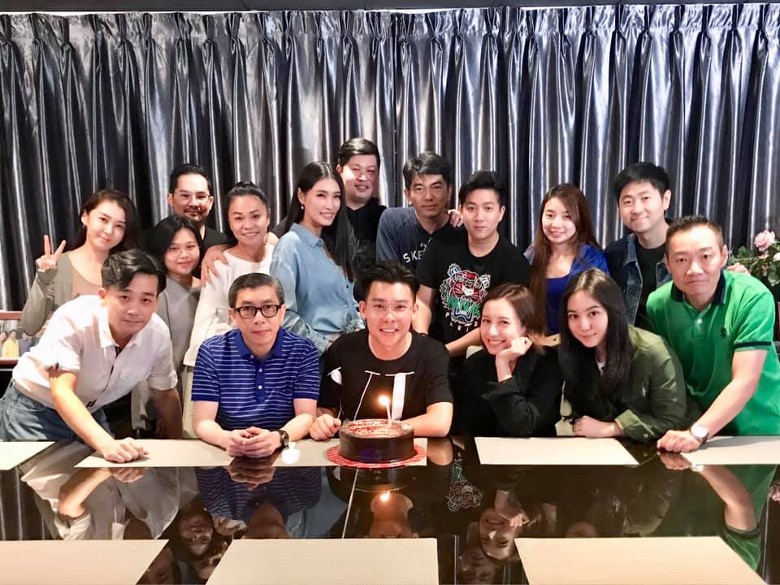 Katy Kung Has No Hard Feelings Towards Patrick Tang