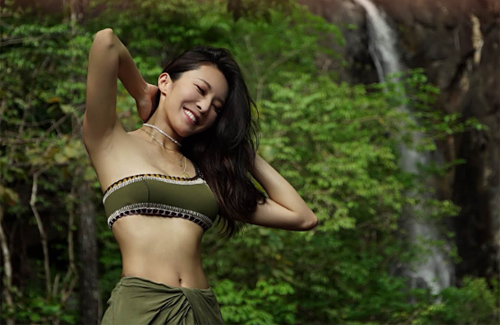 Known for her beauty and good figure, Kelly Cheung (張曦雯) has been heavily promoted since winning Miss Chinese International 2012. However, Kelly knows that she still needs improvement and has decided to take acting classes in Los Angeles in May.

Filming her first TVB drama Law dis-Order <律政強人> in 2016, Kelly has been learning on the filming set. But she knows this is not enough and decided to take a more structured class. “My friend who is a Hollywood artiste recommended this teacher. I look forward to this learning experience. Since I will be starting a new drama in September, I want to use this opportunity to apply my new knowledge.” The 28-year-old actress will first visit family in Chicago before heading to Los Angeles for the class.

Her Love for the Water 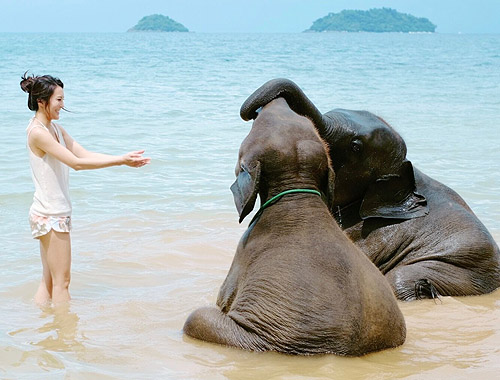 Though Kelly feels inadequate in her acting, she is more natural when filming for variety programs. Traveling to Thailand to film Fun Abroad <3日2夜> earlier, Kelly showed her adventurous side. Aside from interacting with baby elephants in Koh Chang (also known as Elephant Island), Kelly was also looking forward to scuba diving since she already has her license.

She shared, “I haven’t been scuba diving in almost a year, so I was scared of forgetting the small details. The show wants me to dive to my limit of 59 feet below sea level. It was necessary to go that deep because there was a sunken battleship that they wanted to film. When I first heard the idea, I was shaking and felt a huge pressure.”

Though the crew initially wanted Kelly to make two dives, she only managed to do one dive for 45 minutes. Feeling very uncomfortable when returning to shore, Kelly felt dizzy and nauseous and said she couldn’t manage a second dive due to further health concerns.

Not Rushed to Get Married

Being career-oriented, Kelly is ready to sacrifice her love life for now. She would occasionally go out with male friends, but doesn’t have time to sustain a relationship with her busy schedule. She shared, “I don’t want to waste anyone’s time. If I am going to date, I want it to be with someone I am compatible with. Since I am very busy, there is no time to build a relationship. Also, my family has not rushed me to get married, so I am okay with being single!”

Her hard-earned savings allowed Kelly to purchase a 800-square-feet apartment in Chicago. She lets her mother manage her savings. Kelly said, “I would love to buy an apartment in Hong Kong, but it is too expensive. I have to work harder and be more mindful of my spending. Like last year, I spent a lot of money on a car and I regret it even though it made me really happy. My goal is to buy a place in Hong Kong so I don’t have to rent anymore!”