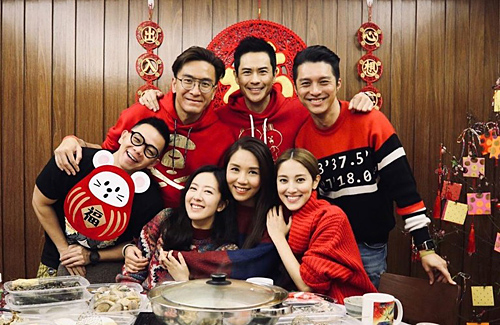 Celebrating the Lunar New Year together, Kevin Cheng (鄭嘉穎) invited his “siblings” from his A Fistful of Stances <鐵馬尋橋> to his home for a hot pot meal. Since the filming of the 2010 drama, the cast became close friends and regularly meet up.

To make up for not helping, Jazz said that he would help Natalie cook her beef during dinner, only to learn that Natalie doesn’t eat beef. Upon hearing this, Kevin joked, “See how little you actually know about your younger sister!”

After the dinner festivities, the group then stayed over to play several rounds of mahjong. Despite not having any initial luck in winning, Natalie was coached by Kevin and Stephen on how to improve her game. But Kenneth became the night’s biggest winner. Posting photos online, Natalie said don’t be fooled by Kenneth’s looks – he may space out a lot in public but he is highly focused while playing mahjong.

During the gathering, Kenneth also held Kevin’s nearly one-year-old son, Rafael, in his lap but the little boy kept squirming in his arms. 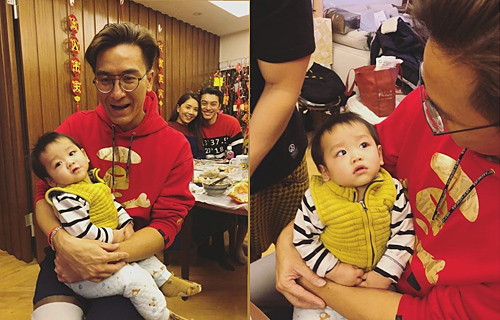 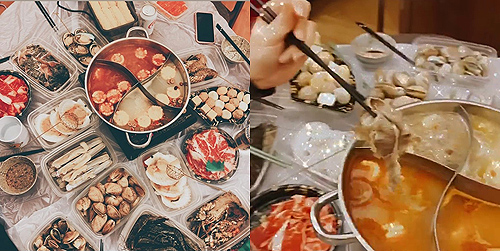 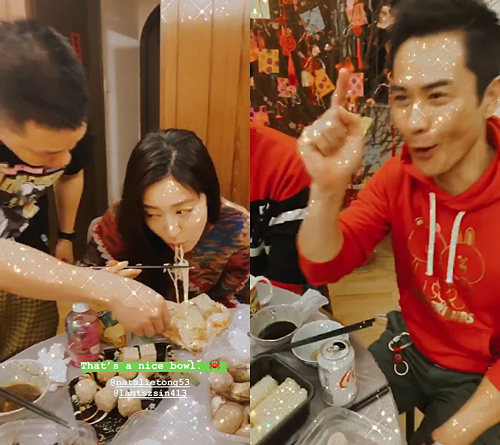 Grace Chan Shares Update on Life with a Newborn

Kevin Cheng Thinks His Son is an “Emperor”

10 comments to Kevin Cheng, Kenneth Ma Get Together with “Siblings” for Lunar New Year 2020