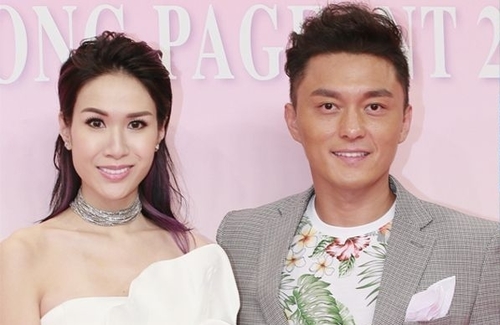 Mat Yeung (楊明) and Lisa Ch’ng (莊思明) have been steadily dating for three years, but because of Lisa’s wealthy background, Mat is frequently teased for “eating soft rice.” However, Lisa finally couldn’t bear it anymore on June 27 and uploaded a post of 1,000 words on Instagram to defend her love.

First, she emphasized that she makes her own money and does not rely on her tycoon father, Malaysian Datuk Chong Bo (莊寶). Although her family has a net worth of 1 billion HKD, and the Ch’ng sisters are often sitting in expensive cars, outsiders have misunderstood Lisa. She wrote, “I am not like what they say. I also have to work hard to make money to support my usual lifestyle, and to ease the burden on my family.”

Still, the thing that bothers her the most is when people call Mat a “soft rice king.” Lisa defended him, “I can confidently tell everyone that Mat never used my money. On the other hand, Mat pays for my clothes, shoes, socks, and even daily necessities because he told me it’s the man’s responsibility to take care of his other half.”

She insisted that he has endured the accusations for three years and stressed that she does not want him to put up with it any longer. Lisa hopes that everyone can be fair towards him and not smother his efforts put into his career. Also, she is deeply saddened by the attack on her boyfriend.

Lisa ended her post with, “I have encountered bed men – I met men who wanted me to pay for my own meal, but Mat is definitely not like that. So in the future, if someone can’t hold back their tongue and say he’s ‘eating soft rice,’ then they should say I depend on men because this is the truth. He really takes care of me!”

In fact, Mat’s career has been on the rise in recent years, and he finally had the opportunity to be the lead actor in the just broadcasted TVB drama My Commissioned Lover <婚姻合伙人>. On top of that, Mat invested in his Malaysian friends’ fashion business and started a joint venture with friends in the soup business. The latter is quite successful and has multiple branches. It seems that he is working hard to save up money for marriage. Since Lisa’s boyfriend is ready to settle down with her, it’s no wonder that she was willing to speak up for him.