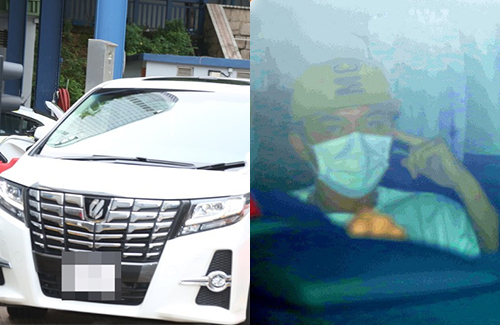 On August 8, TVB actor Mat Yeung (楊明) crashed his own vehicle against a curb in a suspected DUI. The actor has been “in hiding” in the weeks since the accident, only appearing briefly in public today to report the police station in Shau Kei Wan of the island’s Eastern District.

Reporters spotted a seven seater mini van entering the Traffic Accident and Shau Kei Wan Reporting Centre on Friday around noontime. Mat’s girlfriend, Lisa Ch’ng (莊思明), was with him. The couple did not leave the station until 5:30 p.m.