“My Ages Apart” Ending Goes From Plastic to Legendary 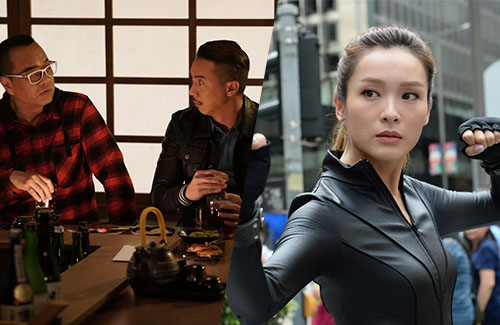 My Ages Apart <誇世代> is kind of blowing everyone’s minds, and we don’t know if it’s a good thing or not.

The 50-episode TVB anniversary drama My Ages Apart, headlined by Bobby Au-yeung (歐陽震華), Moses Chan (陳豪), and Louis Cheung (張繼聰), is many genres in one. On the one hand, it talks about people from different generations swapping bodies, where they have to briefly learn how to live in each other’s worlds. On the other hand, it is also a revenge story, where a man marries into a powerful family to destroy them from the inside.

Despite its melodramatic storyline, My Ages Apart is littered with comic relief throughout, so it actually doesn’t take itself very seriously. It’s a confusing show; even some netizens can’t help but to describe the drama as “plastic.” But these netizens are starting to retract their words.

More surprises were dropped in My Ages Apart’s final week of broadcast, which ends this Friday. A strange but interesting shift in storytelling has completely changed the course of events. Subplots like a taxi that travels to the future and the butterfly effect were added. There’s even a segment about zombies inspired by The Walking Dead. It’s like viewers were watching an online fiction story being brought to life. Some netizens appreciated the change, calling it creative.

Moses Chan, who portrays “Mike”, responded to questions by confused netizens in an interview conducted yesterday. He admitted that, like the netizens, he too was shocked at the ending sequence for My Ages Apart.

“It’s definitely a brave creative move,” said Moses. “If I may be so bold, I have filmed many television dramas. I know how extreme and far we could go when actors and writers want to make a show funnier, so I was surprised that [the producer] was willing to give us the creativity to do so. Also, this is the point of the show. The story is meant to be imaginative and unpredictable. I don’t think I’ve ever come across a drama where the ending becomes so different. This drama definitely went beyond its borders, and I appreciate that.”

On its strange and weird ending, Ali Lee (李佳芯), who portrays “Paris”, said, “Fleshing out every single subplot [in a drama] is hard enough, but to be able to make your own story with each subplot in a drama is definitely something different. When I read the script, I never could’ve guessed the ending. It was definitely a surprise.”

Moses added, “I’m sure every actor who received the script was shocked, especially with the ending. I’m sure there were questions and there were skeptics, but we all stayed at our post and did our job. In fact, a lot of us started thinking, why not? Let’s try it! Let’s see what we can do! If everything is like a stick in the mud, then there won’t be any changes. No matter if you’re an actor or anyone else, it’s important to be open to try different things. Test your limitations. There are many things that the audiences can accept.”