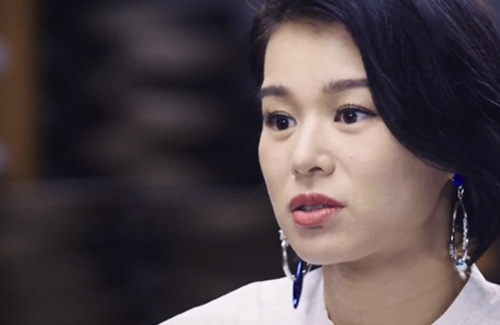 Becoming a big star under TVB’s grooming, Myolie Wu (胡杏兒) is grateful for all the opportunities she received from her former employer. The 16 years she worked at the station was never a walk in the park, as the 39-year-old actress likened herself to being “an animal in the zoo” where she had little freedom, but it was nevertheless an experience which forced her to become a stronger actress and person as well.

Speaking candidly about her years at TVB on Chinese variety show Everybody Stand By 2 <演員請就位 2>, Myolie recalls the struggles at the onset of her career after winning second runner-up in Miss Hong Kong 1999, “Whatever role the company gives you, you play it. You are like an animal in a zoo. You don’t have a choice. Even towards the end [of my time there], it was the same.” Her experiences were not unique, as other artistes also did not have freedom to choose their own roles. 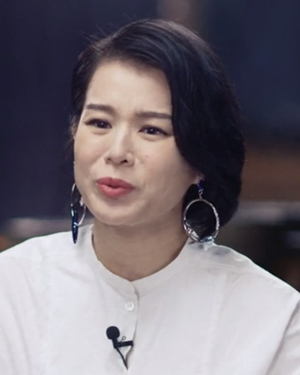 At the beginning of her career, Myolie was frequently cast to play “younger sister” roles due to her youthful looks and extroverted personality. However, Myolie soon found herself typecast and eventually felt stuck. “In the beginning, I played characters who were very optimistic, happy, or just plain good people. It felt really broken, because it is painful to play characters who are too perfect. They have no shortcomings, and it’s not realistic.”

Her breakthrough role would finally come in 2002’s Golden Faith <流金歲月>, which helped Myolie win the Most Improved Actress award. Playing a character with intellectual disabilities but a lovable personality, Myolie’s role received positive reception. “I think that role was the first one I got a lot of recognition. It was my first role that gave me a lot of satisfaction.”

While Myolie was ecstatic with receiving recognition for her work, she got a cold awakening when a director bluntly told her that she has no future in the entertainment industry, “He told me to stop dreaming, and that I would never have the opportunity to be leading actress. At that time, I was very depressed and thought that I would have to keep playing someone’s younger sister for my whole life.”

Instead of giving up, Myolie used the director’s words to fuel her ambition and constantly sought ways to hone their acting skills. Her efforts were not in vain, as she went on to sweep 2011’s TVB Anniversary awards including Best Actress for her role in Curse of the Golden Harem <萬凰之王> and My Favorite Actress in Ghetto Justice <怒火街頭>. Myolie’s star status is widely recognized across Asia, and she has won multiple Best Actress and popularity awards in the region.

TVB Toughened Her Up

Despite the challenges and lack in freedom in choosing her roles, Myolie felt her experience at TVB made her grow professionally. “Everyone went through the same struggles, including all the leading actresses and actors. I think it is also good to have such an experience. Looking back, I like to think of it as entering Shaolin Temple. After the training, you come out and you are not afraid. However, I also think people only live once and should try new things. I was lucky that I was brave. After leaving TVB, I went on to rediscover myself.”

Since leaving TVB, Myolie’s popularity continues to grow in China after starring in drama Nothing Gold Can Stay <那年花开月正圆> and making appearances on various variety shows. She can be seen in ViuTV’s currently airing drama Iron Ladies <熟女強人> in her most mature role to-date as a sex therapist. After being a workhorse in her early acting career, Myolie knows to slow down for a better work-life balance to enjoy time with her husband and two sons.

21 comments to Myolie Wu on Working at TVB, “It was Like a Zoo”