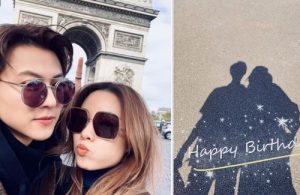 Stephy Tang‘s (鄧麗欣) Taiwanese boyfriend of two years, Prince Chiu (邱勝翊), turned 31-years-old on April 14. Although Stephy likes to keep her relationship out of the public eye, the singer-actress wished Prince a happy birthday on social media by posting a picture of their silhouette. In a surprising turn of events, netizens discovered Stephy’s first boyfriend coincidentally shares the same birthday as Prince, as well as the first name of Alex Fong (方力申) – and that’s not all that they dug up. 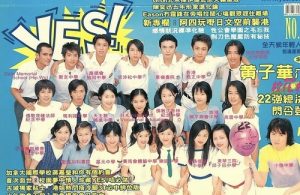 Recently, a LIHKG user started a forum to post old photos of Stephy from when she was a student. Many praised her appearance as “very pure, very true.” Some Internet users even discovered an old sticky picture of Stephy with her first love, Alex Chu (趙啟昕). He was voted a campus hunk the same year Stephy was named the school beau. Alex became a hot discussion after someone found his Instagram account.

Once Alex realized he became the talk of the town, he issued a response of Instagram. “Although my history has been dug up on my 37th birthday, it’s been talked about for 20 years. But history is history; it is a part of me, and it is a part of my life that is relatively interesting,” Alex said. 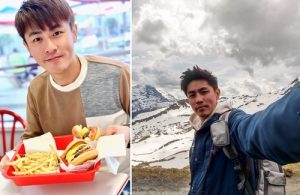 Seeing that many netizens are curious about him, Alex took the time to answer some of their questions. Some netizens asked what kind of person Stephy is, and he replied, “Good person, very good person. She is not the ‘triad sister’ that magazines describe her as. Aside from her passion for volleyball, she was pretty quiet. She didn’t look like the athletic type. Shortly afterward, I left Hong Kong, and that’s how we ended.” 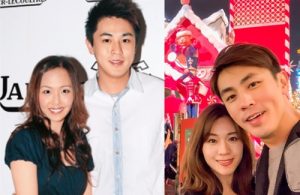 Though he hasn’t contacted Stephy in many years, he would wish her a happy birthday sometimes. Interestingly, Stephy is not the only celebrity he dated. He also previously dated actress Celia Sie (施念慈) before marrying his current wife, who he met through a former colleague.

“We met each other in the Tamsui District of Taiwan. Afterward, we began our journey of life together, traveling around the world,” Alex shared. 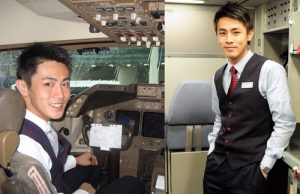 With a strong passion for traveling, Alex has been working as a flight attendant for many years, and he is also known as “Hong Kong’s Most Handsome Flight Attendant.” However, he was recently suspected of being “fired” by the airline company due to political issues. He told netizens that he would not transfer to other airlines because he’s “flown enough.” Still, he hopes to get a pilot license in the future if he has the money. 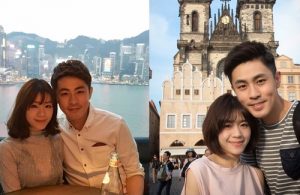 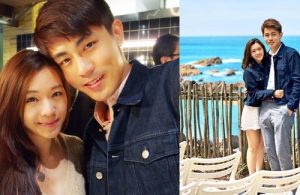