Mainland actress Zheng Shuang (郑爽) won the hearts of many with her pure image in the 2009 hit, Meteor Shower <一起來看流星雨>. After she gained recognition, she was repeatedly speculated for having underwent cosmetic surgery. In 2013, the 27-year-old admitted to the rumors, and said she wanted a change. Despite publicly sharing that, she continued to stardom with her role in the 2016 Chinese drama, Love O2O <微微一笑很倾城>, and was praised as a goddess. However, a Weibo blogger with over seven million fans uploaded a couple of unedited photos of Zheng Shuang at an event recently to point out her plastic surgery failure.

In the images, Zheng Shuang was dressed casually in black from head to toe. Her light make up caused her face to look sallow and her usual youthful aura was not present. Many netizens slammed her for attending the event in such casualwear and said she looked sloppy. But others were more concerned about the actress’ facial features. Not only did her nose appear lopsided but the apples of her cheeks also created a U-shape. On top of that, there were signs of sagging. Scared netizens said the goddess is broken.

The blogger who posted the photos believes there is nothing wrong with plastic surgery, but Zheng Shuang’s face shape and features do not match. The social media user said Zheng Shuang destroyed the proportion of her original features after she “opened” her eyes. In addition, the removal of the rhinoplasty in her nose caused it to collapse.

After seeing the recent photos, netizens commented that “she should regret it in her heart,” “ this nose is too strange,” “like a witch,” “she has no features now,” and so on. 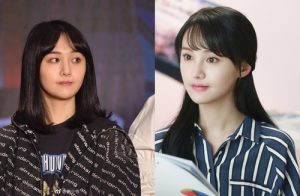 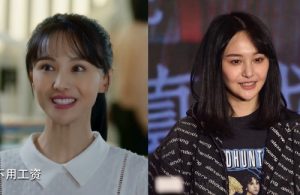 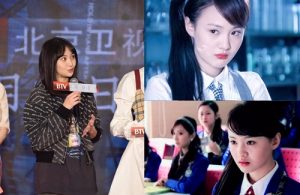