Rebecca Zhu and Katy Kung Reportedly Do Not Get Along 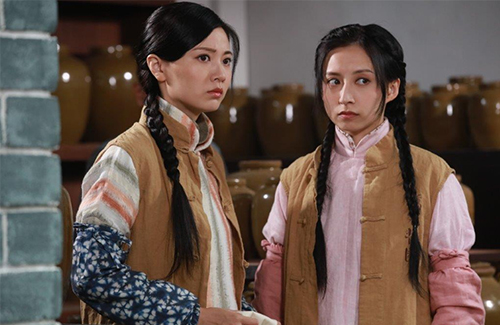 TVB period drama The Dripping Factory <大醬園> follows the journey of a woman who goes from being a street wanderer to becoming one of the leaders in the soy factory business. Rebecca Zhu (朱晨麗) and Katy Kung (龔嘉欣) play a pair of close friends, but circumstances tear them apart. Their friendship not only breaks—they become each other’s mortal enemies.

This is actually not quite different from Rebecca and Katy’s relationship in real life, as rumors are saying that the two The Dripping Factory actors do not get along and have an ongoing feud.

Recently, netizens have noticed that Katy had unfollowed many The Dripping Factory actors on Weibo, including costar Matthew Ho (何廣沛), who has a close relationship with Rebecca. Netizens also pointed out that Katy had never followed Rebecca despite having worked closely with each other.

The unfollowing spree came after Katy updated her Weibo with a cryptic message. “As an actor we should do our roles well. Respect the job and show responsibility to the people who gave us opportunities. I gladly welcome you all to come discuss with me about the drama and the characters, but to those who disrupt the peace, I’m sorry to say that I have no purpose in welcoming you. #TheDrippingFactory.”

Though Katy did not name names, netizens noticed that she unfollowed Matthew Ho around the same time she shared the post.

While the show was in production, it was reported that Katy had some issues with an actor on who constantly impeded the filming progress. The constant rescheduling had impacted Katy’s health; the lack of rest led her to develop vertigo.

Following her hospitalization, Katy complained about her experience on Weibo, even saying, “If it’s too stressful for you don’t be an actor.”

Soon afterwards, Rebecca updated her own Weibo with a new status. She admitted to requesting for sick leave during filming because of her heat stroke and a dislocated wrist.

Both Rebecca and Katy never mentioned their feud, but the duo never appeared in public together to promote The Dripping Factory since the show’s release.

Rebecca has denied the discord rumors.