Rebecca Zhu Left Behind Her Family to Pursue Her Dreams 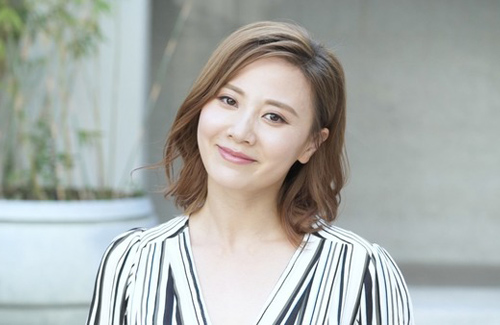 Rebecca Zhu (朱晨麗) has been receiving a lot of praise for her performance in Wonder Woman <多功能老婆>. Her character is a vibrant personality encompassing naïve, ditsy, sassy, and loyal. The character is the perfect portrayal of the stereotypical Hong Kong woman who is often said to be demanding and materialistic. Viewers can’t help but falling in love with her cute personality, even though her character is demanding and unapologetic especially after understanding that she never means harm.

In the drama, she is married to Tony Hung (洪永城), a wealthy heir to a medical business. They have a loving relationship, but she takes advantage of his willingness to accommodate and pushes him around providing comic relief throughout the drama. She also is brash and doesn’t know how to respect her husband’s elders. Many netizens were surprised at her acting as they were so used to seeing her portray polite characters.

Left Behind Family to Pursue Dreams

Rebecca was born in Suzhou, China and started dance at a young age in order to achieve her mother’s dream. She started Latin dancing at the young age of four, and was accepted by Shanghai Ballet School at the age of ten. She flew to Shanghai to train without her family and was extremely lonely, “I cried so hard at the time, but I already had it better than others. I saw another child next to me forcefully hit his head on the wall repeatedly. I trusted that my mother and father actually missed me, but pretended to be strong in front of me.

“I’ve been through a lot of bitterness before I got to the sweet. I remember for my graduation performance, I over trained and my big toenail flipped off. I had to force myself on stage and still dance on the points of my toe. My facial expressions and movement had to remain graceful, but I was actually in unbearable pain. My attitude was that if I’ve trained for so long and put so much effort into my studies, I can’t let something as small as foot pain get in the way of my performance. I also didn’t want to let down my family who had flown all the way to Shanghai to see me perform.”

Even though she had gone through so much hardship, she never regretted her decision because the outcome has always made her feel that everything was worth it. But she does regret that she was not able to visit her family often. “My school sent me off to the United States for training, and there were several years that I did not return home. At the time, I was young and my family was all in good health but age is something that creeps up on you. I regret not going back home every year to visit. I question why I had to go overseas for school and why I didn’t stay by my family’s side. There are many things that I missed out on that I’ll never be able to get back. Some family members have passed away, and I couldn’t do anything to help. I’ve learned that the most important thing is the time you spend with your family.”

Breaking into the Entertainment Industry 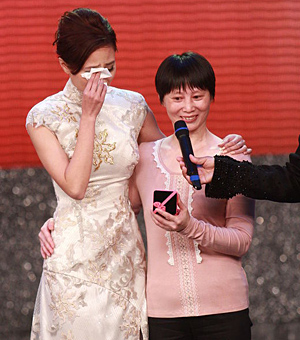 In 2003, Rebecca was sent to the Hong Kong Ballet Academy to further her studies. She decided to take part in the Miss Hong Kong Pageant. Because she did not know a word of Cantonese, she had to learn the pronunciation and how to read traditional Chinese. When she took part in the competition, the media nicknamed her as a Fala Chen (陳法拉) lookalike.

After winning the crown, Rebecca actually replaced Fala in the drama Silver Spoon, Sterling Shackles <名媛望族> and gained recognition from the public. “If it weren’t for this nickname, I wouldn’t have been able to film my first drama and wouldn’t have been able to break into the entertainment industry so easily. I spent a lot of time learning Cantonese. I originally hadn’t placed too much importance on the pronunciation thinking that it was fine as long as the other person understood. However after working on television, you realize the importance. But all the hard work is worth it once you see the public slowly accepting you and liking your work. I am very happy even if it’s a small compliment that I have improved; it’s motivation for me!”

Rebecca’s road to success has not been the smoothest, but she never gives up. Even when she won Best Supporting Actress at the 2017 TVB Awards Ceremony, she was faced with a lot of criticism. However, she has a strong exterior and takes this all in stride in an effort to improve herself. As she said in her thank you speech, “I have come across many obstacles in my career; I hope that others who have grown up in Mainland China will be able to achieve success. Please support us!”

This year, Rebecca turns 30 and she remarked that time does not wait for anyone. She hopes that she can further her career with hard work and will not waste her time idling.

This article is written by  for JayneStars.com.