“Short End of the Stick” Ratings Peak to 31 Points 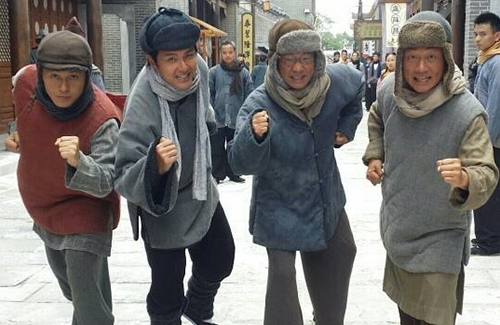 Short End of the Stick is a comedy about expelled imperial eunuchs trying to make a living outside the palace after the fall of the Qing Empire. It premiered last Tuesday, February 9, a day after the Chinese New Year. The modern cop comedy K9 Cop <警犬巴打> also premiered that same day.

As premiere week fell on holiday week, viewership rating for both dramas were expected to dip. Nonetheless, both dramas performed fairly well, averaging 24 points on the first week.

February 15’s episode of Short End of the Stick, however, exceeded expectations. The episode peaked at 31 points, reaching 2 million viewers.

Upon hearing the good news, Wayne Lai immediately left a message on his Weibo, urging costar Raymond Cho to start a hot pot business so they could celebrate their success. Poking fun at their eunuch roles in the series, Wayne also joked, “Maybe you can dress up as a waitress so you can be your true self.”

Wayne then thanked everyone for their support and said if the ratings continue to rise, he would serve everyone while wearing a low-cut evening gown. Edwin Siu, on the other hand, jokingly said he would perform a castration on Raymond Cho “again.”