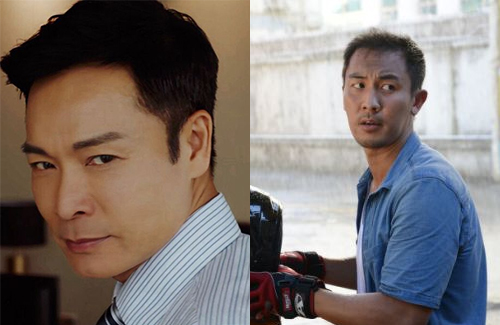 TVB’s anniversary season has arrived, and it’s that time of the year again to predict who would win this year’s TV King and TV Queen.

It has now been confirmed that Life on the Line <跳躍生命線>, starring Joe Ma (馬德鐘) and Matthew Ho (何廣沛); OMG, Your Honour <是咁的，法官閣下>, starring Ben Wong (黃智賢), Eddie Kwan (關禮傑), and Grace Wong (王君馨); and Fist Fight <兄弟>, starring Vincent Wong (王浩信), Mat Yeung (楊明), and Philip Ng (伍允龍), will be this year’s anniversary dramas. Of the three, Fist Fight will be the last to premiere, in November, right during TVB’s anniversary month.

As the anniversary dramas haven’t aired yet, it’s hard to predict who would have the higher chance to become Hong Kong’s new TV royalty. Nonetheless, the two actors who are the most popular choices (among netizens) for TV King is Roger Kwok (郭晉安) for Another Era <再創世記> and TVB newcomer Shaun Tam (譚俊彥), who has Succession War <天命> and The Stunt <特技人>. As for TV Queen, popular choices include Alice Chan (陳煒) for Deep in the Realm of Conscience <宮心計2深宮計> and Ali Lee (李佳芯) for Who Wants a Baby? <BB來了>.