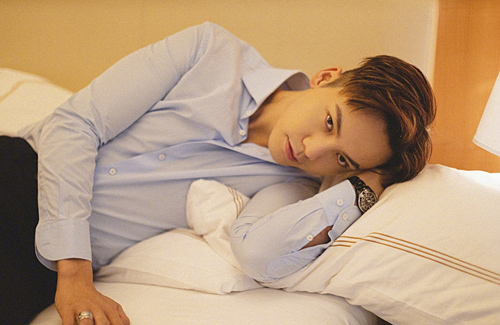 Debuting in the music scene in 2004, William Chan’s (陳偉霆) career followed a lukewarm trend for many years. It was in 2014 when he starred in the fantasy action drama Swords of Legends <古劍奇譚> that his popularity skyrocketed and he won the Most Popular All-Around Artiste and Media’s Most Anticipated Actor awards at the 6th China Television Drama Awards. He was labeled as one of the four popular young male stars in China, alongside Lu Han (鹿晗), Kris Wu (吴亦凡), and Li Yifeng (李易峰).

Met with success in acting, William shifted his career to China soon after. However, his popularity may be dwindling in more recent days. He recently filmed and shared a video blog with fans online. In the vlog, William said he will be sharing a “get ready with a popular celebrity” routine. After demonstrating how he washes up and prepares to tackle the day, the video shows William heading out of his hotel. To his own surprise, there were no fans waiting for him outside the hotel.

William jokingly lamented, “Why is there not a single fan during filming today? Yesterday, there were so many. Why didn’t anyone come? It’s probably because it is still too early. Usually, they would wait until night time before leaving.” This segment of the vlog was met with some criticism, with netizens pointing out that perhaps William is too egotistical. On the flip side, however, many fans were supportive of him and praised him for his confidence.

Although the vlog was intended to be a good-natured joke, many are beginning to wonder whether William’s popularity is indeed dwindling in the Chinese market. After filming Age of Legends <橙紅年代> and Only Side by Side with You <南方有喬木> last year, William has not taken on any new filming projects this year.

China is one of the largest entertainment consumers in the world. With its 1.4 billion population, China churns out young new artistes by the dozens every year. In order to secure a lasting position as a leading actor, the 33-year-old actor may need to consider revamping and evolving from his “fresh meat” image.

This article is written by Huynh or JayneStars.com.