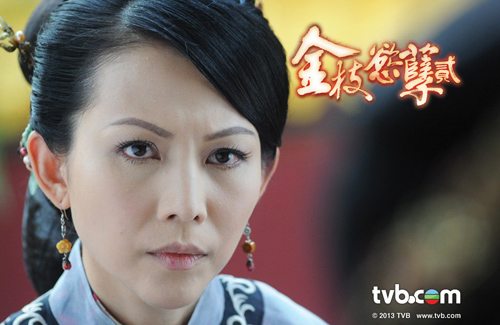 Heavily promoted palace drama Beauty at War <金枝慾孽貳> made its debut last week to low ratings and viewer complaints. The series earned an average of 23 points during its first week, the same as poorly-received series Bullet Brain <神探高倫布>. The low viewership came as a surprise blow to Beauty at War‘s cast and crew, but they are confident that the series will attract more viewers as the plot progresses.

Beauty at War generated many complaints since its premiere last Monday due to its confusing plot and slow pace. TVB received a total of 36 formal complaints for the drama, citing boredom and inappropriate content. The opening episode received criticism for introducing a large number of characters successively and further baffled the audience with a time jump of 100 years into the past. The later episodes carried on with an extremely slow pace and uninteresting scenes, causing viewership to dwindle.

TVB’s Deputy Director of External Affairs, Tsang Sing Ming (曾醒明), remarked that it is rare for two major productions to suffer from low ratings. “It is certainly a rare sight in recent years. Beauty at War had to explain its setting and characters during its first week. The plot will unfold this week and I am confident that the ratings will improve.”

Ada Choi (蔡少芬), who is currently on maternity leave, also believes that ratings will increase over the next few weeks. “A 23-point rating is of course not the ideal, but it really depends on timing and luck. Sheren Tang (鄧萃雯) and I did not appear until the end of the week. There will be more exciting scenes coming up, so I am confident that the ratings will rise. I’m at home watching it everyday!”

Christine Ng (伍詠薇), who plays Consort Dowager Shun, also shows support for her series and hopes for a higher rating. “Ratings is up to the audience. It’s [the series’s] first week, you have to give it some time. I am optimistic and hope that the ratings will improve later!”.

Kenny Wong (黃德斌) defended the palace drama as well and urged viewers to give it a second chance. “Beauty at War is a new story and needs to be ‘stewed’! It will be a bit slow to start. It is normal to feel confused at the beginning, just watch it again on myTV!”