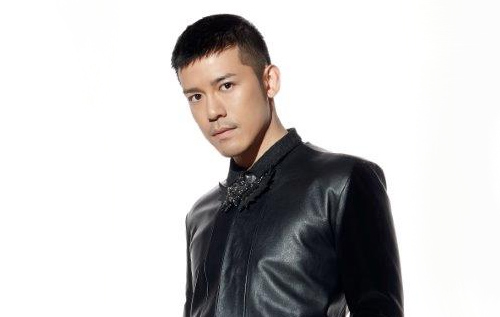 Raised in Canada, Sammy Sum (沈震軒) returned to his native birthplace in Hong Kong to chase his dreams in music and performance arts over the last six years. Already a familiar face in Hong Kong television dramas and films, Sammy’s big music break came after he signed with Sun Entertainment Music in 2013. With a successful debut, Sammy is ready to explore new music styles and release a full-length album this year.

Sammy is a workaholic by any standards. The heavily promoted TVB artist became a new favorite with film director Wong Jing (王晶), who cast Sammy in Young and Dangerous: Reloaded <古惑仔：江湖新秩序> and From Vegas to Macau <賭城風雲>. When Sammy is not busy filming, he is in the recording studio and looks forward to new challenges. “As a performing artist, I wholeheartedly give viewers and [music fans] my best work.”

The 30-year-old is thrilled to be working with one of the industry’s top talent managers, Paco Wong (黃柏高), who sees promise in Sammy’s long-term music career. Although Paco already noticed Sammy hosting a children’s show on television many years ago, they did not have a chance to collaborate until last year.

Last October, Sammy released the successful hit, “Waiting Every Day” <一天一天等下去>, a cover of Nicky Wu’s (吳奇隆) classic 1990s ballad. The song was a favorite with Sammy and Paco, and both wanted to update it with a modern sound. “Waiting Every Day” became a radio hit and helped Sammy win recognition at year-end music awards shows.

Eager to add a new vibe to Sammy’s music, Sun Entertainment reached out to Asian American Producer/Remixer, POMATIC, who has remixed and mashed up top artists such as Akon, Lady Gaga, Eminem, 50 Cent, and Linkin Park. POMATIC created the invigorating remix for Sammy’s “Waiting Every Day” two weeks ago, and JayneStars received an exclusive preview copy to feature it on our website.