Sammy Sum Seen on a Date With Elva Ni 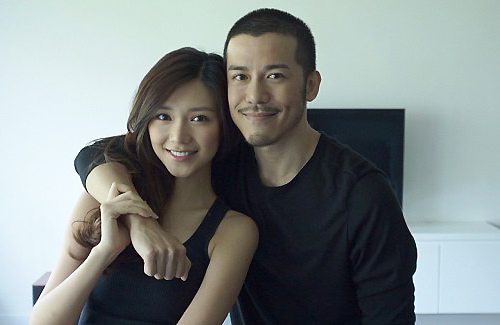 After his break up with ex-girlfriend JJ Jia (賈曉晨) last year, Sammy continued his search for love and was briefly linked with some of his close female friends. In April, a heartbroken Sammy spoke fondly of the late Sita Chan (陳僖儀), whom he referred to as his best friend and soul mate. He was later rumored with Katy Kung (龔嘉欣), their relationship exposed when the two were seen holding hands during a grocery shopping trip.

Sammy and Katy’s romance seemed to have quickly fizzled however. On October 31, Sammy was seen holding hands instead with Elva Ni, a former Miss Chinese Toronto Pageant winner and Sammy’s co-star in his earlier music video and romantic comedy The Best Plan is No Plan <溝女不離三兄弟>. The two spent a fun day in Ocean Park, enjoying various attractions and indulging in the holiday atmosphere. Sammy was very considerate throughout the day, bringing Elva water and shielding her from the sun.

Although Elva neither confirmed nor denied their relationship, she sounded hopeful as she recalled Sammy’s gentle gestures while on the movie set. Meeting each other while filming in May, Sammy often gave Elva acting advice, and was quick to offer rides in his car. Speaking specifically about their Halloween date, Elva said that Sammy is a good friend who takes good care of her. She remained vague about the possibility of a new romance, saying “It is difficult to say for sure, but we are quite compatible….”