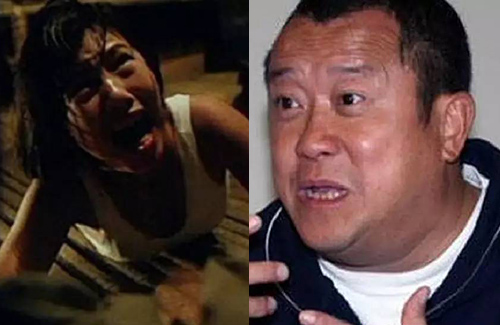 With recent sexual harassment claims against Eric Tsang (曾志偉) surfacing, the sexual violation of Hong Kong actress Yu Sin Man (余倩雯) on the set of Eric’s film Fatal Vacation (安樂戰場) topped Chinese search engines. As the director for the movie, Eric told Sin Man that he wanted realism– although “the [rape] scene was fake, she had to do it for real”. Fatal Vacation is a 1990 film about a group of tourists who went to the Philippines and were kidnapped amid the riots. In a controversial scene, Sin Man’s character was raped by a Filipino soldier (portrayed by an actor called in for the role last minute). Although Sin Man screamed during the filming of the scene, Eric thought she was immersed in her acting and did not stop the camera.

After the incident, Eric spoke to the media about what happened on the set of Fatal Vacation. At first, he planned to film the rape scene in which Sin Man would be dragged out of the room and then returned with her clothes ripped apart. However, Eric claimed Sin Man wanted to make her performance stand out more so he decided to film the scene more explicitly. Eric promised that he would watch the footage with Sin Man afterward and if the scene is too revealing, he would delete the footage. After thinking about it for a few days, Sin Man agreed to film the rape scene.

Eric said, “To give more realism to the scene, we didn’t shred her clothes ahead of time. She was asked to wear pasties so that her nipples wouldn’t be exposed. I told the cinematographer that he can walk with the camera and film from [whatever angle] he wants. Before filming, I asked her to slap the actor’s face and kick him down there so he will be more provoked and immersed in the scene.”

“The limit is that the [penis] would not penetrate,” Eric said. He told Sin Man to “scream if something went wrong”. Eric stepped out of the room and only left the cinematographer with Sin Man and the actors to film the scene.

“Who knew, right after the camera started rolling, she started screaming. I thought that she was too into her role and didn’t respond. It wasn’t until someone started cursing that I knew we went too far. When I rushed in, the female artistic director was hugging [Sin Man] and said I was inhuman.”

Although Sin Man’s rape scene was included in the final cut of Fatal Vacation, the more explicit details were deleted. Sin Man reportedly had nightmares following her sexual violation and ended her short-lived acting career.