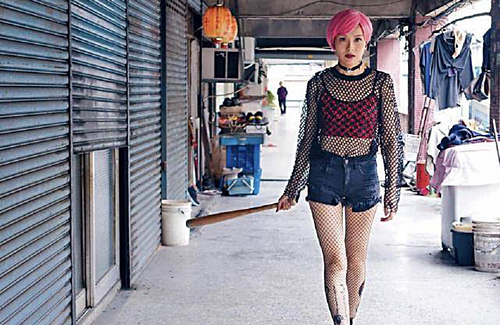 After making a social media post that was interpreted as supporting Hong Kong independence, Ali Lee (李佳芯) was allegedly frozen by TVB. Despite denying the speculations, Ali’s lack of projects this year has netizens convinced that she was indeed frozen.

In the upcoming TVB drama, Death by Zero <殺手>, in which she stars as the main female lead, Ali only had a half-second screen time in the teaser video. Her costar, Moses Chan (陳豪), quickly came to her defense and argued that many of the artistes did not get a lot of screen time due to the short length of teaser.

The drama involves an A-list cast, including Ali, Moses, and Wayne Lai (黎耀祥). Despite initially being regarded as one of the better productions from the company and scheduled to air in late 2019 as an Anniversary drama, Death by Zero was postponed in broadcast. Many believed this was due to the commotion that Ali’s politically-charged social media post caused.

Four months after the incident, Death by Zero finally has an air date! The assassin-themed drama is scheduled to air in January. The air time, however, coincides with the Lunar New Year. Many audiences would be too busy to tune in during the festive holiday. Despite a star-studded cast and an enticing storyline, it seems as though TVB may be trying to strategically air the drama to avoid any additional backlash.