Carol Chu’s Pregnancy Is More Apparent In These New Photos 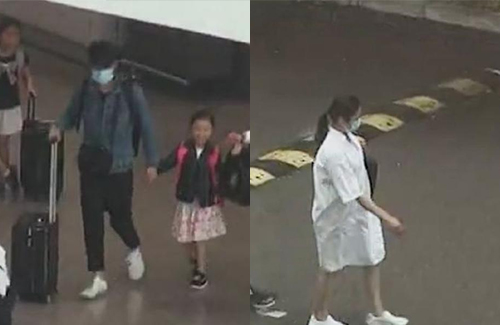 In late July, Andy Lau (劉德華) brought his wife Carol Chu (朱麗倩) and daughter Hanna Lau (劉向蕙) to Prague. It was a graduation gift for Hanna, who graduated kindergarten this past June. According to an earlier report, Andy had purchased a home in Prague for the convenience of travel.

Being overseas and laying low, the paparazzi didn’t get a chance to follow Andy and his family to Prague. But now that the Laus are back in Hong Kong, the paparazzi are ready to strike again, and this time, they’ve managed to snap photos of a pregnant Carol. 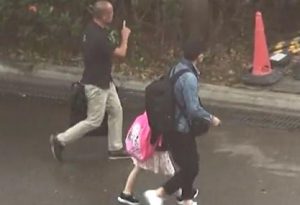 Andy and Carol welcomed their daughter Hanna in 2012. At the time of her birth, Andy was 50 years old and Carol was 46. Though it was a high-risk pregnancy, Carol delivered Hanna safely. The couple are very private and protective of their daughter, but they did allow Hanna to make an appearance at one of Andy’s birthday party with fans.

Now 6 years old, Hanna has grown much taller. As seen in the airport photos, Hanna was bouncy and active, while Andy and Carol looked visibly tired from the long flight. Andy held Hanna’s hand tightly as they walked out of the airport and to their car.

Exhausted and perhaps ready to be back home, Carol walked ahead of Andy and Hanna. She wore a white dress that accentuated her protruding belly. Though Andy and Carol never announced their second pregnancy, it was an open secret among the media circle.