Donnie Yen on Discrimination Incident: “Someone Distorted the Facts” 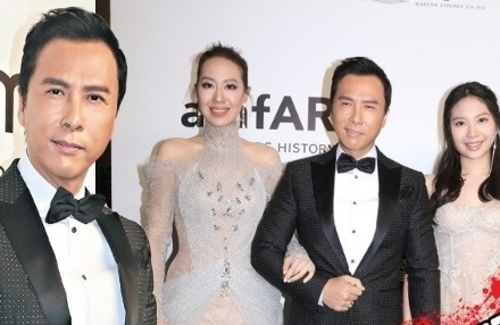 Earlier, Donnie Yen (甄子丹) and his family stormed out of a charity event in Hong Kong after experiencing discrimination from the organizers. Following the incident, speculations ran rampant on what went down, with some people saying Donnie left because he was unsatisfied with his seating arrangement. Seeing that the situation was seriously getting distorted, the actor finally broke his silence to stop the rumours once and for all.

“Actually, the organization invited me for many years already, but I wasn’t able to participate in the past because of bad timing,” Donnie revealed. “This year, I thought I must do my best to help by attending the event as a way of supporting the charity and my friend. I was in London with my family when I received the invitation to the event. I did my best to contribute by forking out money to change my plane ticket to head back to Hong Kong, and went to find an item to put up for the auction.”

However, the event was already really chaotic once Donnie stepped out of the car. “I understand it’s inevitable when there’s a lot of people,” he said. “There were many people who wanted pictures with me once I entered. So I went into the ballroom to get away from the chaos, but there was a PR team in the room and one of the members – a foreign woman – rudely told me to get out. I don’t understand why she was so impolite. At the time, there were also many foreign artists in there.”

He added that there were no security guards on the scene that night and he didn’t receive instructions. Despite the lack of organization, he dealt with it, as the problem was not that serious, but couldn’t bear it once he was treated disrespectfully.

Donnie continued, “When my wife Cissy Wang (汪詩詩) saw how poor the foreign woman’s attitude was, she asked to talk to the person in charge of the team. A foreign man came over and glanced at us with an unfriendly gaze. My wife didn’t finish talking before he turned around and left. He didn’t even have the most basic respect for us, so we decided to dash.”

The actor also took the chance to dispel the rumor that he brought 20 assistants to the event and was unhappy with the seating arrangement. “That is ridiculous,” Donnie exclaimed. “Many people know I only have one assistant, and I didn’t care what seat I had that night. I only wanted to do charity and support my friend. My friend called to apologize afterwards, and said that person has always been really arrogant. I have also done events before so I understand things happen but when I am treated with such disrespect, I can’t stand it. It is impossible not to have racial discrimination in the world. Without a doubt, I’ve witnessed a lot of it while growing up overseas.”

10 comments to Donnie Yen on Discrimination Incident: “Someone Distorted the Facts”