Fugitive Arrested at Jacky Cheung’s Concert: “I Shouldn’t Have Come” 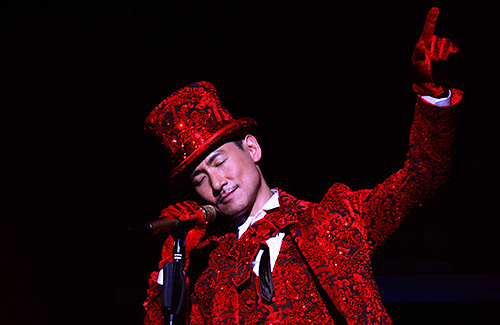 Jacky Cheung (張學友) is a singing legend and manages to still draw huge crowds to his concerts even 30 years after his debut. The 56-year-old’s fan base is enormous, encompassing young and old across the globe. Even a fugitive on the run could not resist attending Jacky’s concert, and was arrested by the police.

On April 7, Jacky’s concert in Nanchang drew a crowd of 50,000 people. Thinking he would not be noticed in the crowd, a 31-year-old fugitive from Zhangshu and his wife drove over one hour to attend the concert. Wanted by the police for a financial crime he had committed, the fugitive was arrested even before Jacky’s concert was over.

The on-site face recognition security systems picked up on the fugitive. When arrested by the police, the fugitive was shocked and could not understand what had happened. Afterward, he said, “If I knew it, I wouldn’t have come here!”

After the news broke, the public reacted with laughter. Some of Jacky’s fans even used his song titles to make fun of the situation: “I have to kiss you goodbye”, “If this is not real love,” and “One thousand sad reasons”. One fan praised, “I must say this man has good taste!”

24 comments to Fugitive Arrested at Jacky Cheung’s Concert: “I Shouldn’t Have Come”