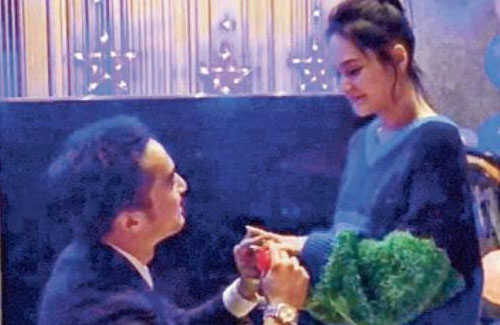 On January 31, Gillian Chung (鍾欣潼) announced on social media that she has accepted her boyfriend’s marriage proposal. The proposal actually occurred on the day of Gillian’s 37th birthday party on January 21, when she celebrated the milestone occasion with close friends and family.

That day, Gillian was rushed home after performing in Macau. Gillian’s boyfriend, Michael Lai (賴弘國), arranged a surprise birthday party for her. When she arrived, she saw her home was already decorated and Michael was on one knee in front of her, holding a diamond ring. A video of this moment has been shared online.

It’s been a six-month whirlwind romance for Gillian and Michael—the couple met last year and faced the challenges of a long-distance relationship, as Michael is a cosmetic gynecologist currently practicing in Taiwan.

About a year before meeting Michael, Gillian went through oocyte cryopreservation—or egg freezing—to preserve her fertility. This was confirmed by her manager Mani Fok (霍汶希), who said Gillian has always wanted to have children.