Grace Wong is Too Busy to Have Kids 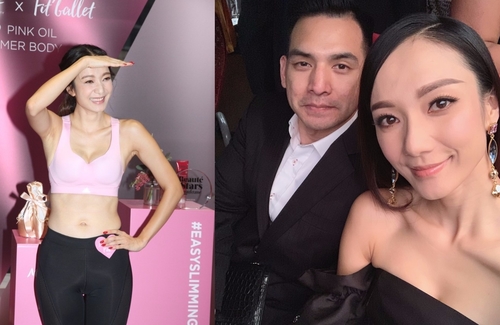 “I originally needed to work out and practice kung-fu for my character, but I can only use my husband’s (Daniel Chang) body-building milk powder and nutritious food as substitutes,” Grace shared. “Thankfully, shooting will be finished at the end of the month. Then, I will go to Africa with my husband to preach. My church doesn’t have a lot of people, but we already helped 10 charitable organizations!”

When asked about her baby plans, Grace said it’s definitely not a good time to get pregnant with her busy schedule. However, she will continue to enjoy alone time with her husband. “We will have a honeymoon every year. Right now, we are thinking of going to Europe at the end of the year. I won’t say too much because I want to give him a surprise when the time comes,” the star said.

To give a sense of how swamped she is at work, she revealed she hasn’t been watching The Defected <鐵探>, and missed last night’s broadcast of the scene in which she was allegedly raped by a pervert. Grace stated, “It was the most painstaking scene of the whole drama, as the tragic atmosphere was created by man-made rain and we filmed that scene for eight to ten hours. At first, we just created a light shower, but we decided to turn it into a downpour. I couldn’t see Benjamin Yuen (袁偉豪) in front of me. It was a very memorable scene. We also rehearsed the scene first before filming.”

As her husband usually accompanies her to watch dramas, he hasn’t been following the show as well. “I’ve also wondered what he would think about the scene, but I’m sure he would understand that it’s just acting. Also, there’s a lot of communication going on for scenes like that, so it’s very safe,” Grace promised.

14 comments to Grace Wong is Too Busy to Have Kids