After becoming a household name in the early 2000s, Huang Xiaoming (黃曉明) has been struggling to find successful works while receiving mixed reactions from the public in recent years. Reflecting on the rise and plateau of his career, he revealed, “I don’t think I’m a particularly talented actor, but I know that even clumsy birds have to start flying early, and that hard work and effort will pay off.”

In 2001, Xiaoming made his first breakthrough in historical drama The Prince of Han Dynasty <大汉天子> and landed career defining roles in The Return of the Condor Heroes <神雕侠侣>, Shang Hai Bund <新上海滩>, Royal Tramp <鹿鼎记>. In recent years, he had less success with his roles and was often met with mixed reviews.

When asked how he faces career setbacks, Xiaoming replied, “In the acting profession for more than 20 years, I have experienced growth and struggles. When choosing the script or the character, I also want something new and give more effort. Whether the result is good, the audience’s reaction is the most genuine. If it’s good, there will be awards. If bad, there will be a lot of criticism. When I am facing the audience’s judgment, I need to learn the psychological factors in order to better accept opinions and grow.”

Trusting that he would reach his goal through his efforts, Xiaoming cited his performance in American Dreams in China <中国合伙人>  as in example of his proudest work. Sweeping multiple Best Actor awards for his role in the film, Xiaoming recalled that his thorough preparation paid off. “The English lines were a big hurdle. For the English monologue scene, I recited and practiced in my brain but I relied on instinct. I analyzed various aspects of the character’s archetype, including the small details of his daily routines. I spent a lot of time to develop it and everyone can see the result. So I believe that if you want to be better, you have to work hard for it.” 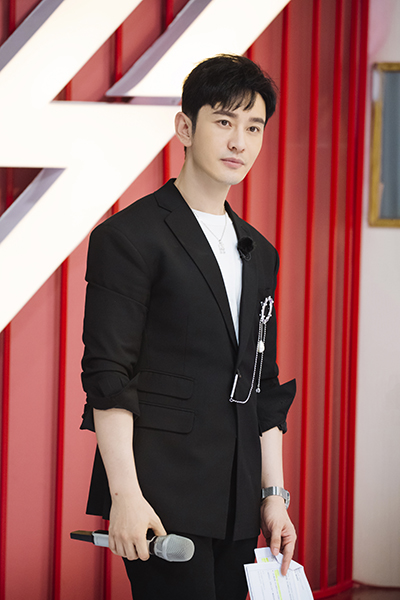 As his career already rose to such spectacular heights in his early thirties, it is inevitable that the 42-year-old actor’s career would plateau or slide afterwards. At a time when Xiaoming was facing challenges in his career, he found inspiration from hosting the reality show Sisters Who Make Waves <乘风破浪的姐姐> where female celebrities over the age of 30 years old were competing for a spot in a new female group.

Witnessing their growth on the show, Xiaoming was emotionally invested in each candidate and cared about their outcome. “When the results were revealed, I was more concerned with giving the sisters my complete support.” It was a wonderful experience for him to learn and be inspired by the contestants, “The sisters are so cute. It took a lot of courage and determination. They had to learn to sing and dance, to be chosen by the audience to stand on the stage again, and to constantly find their breakthroughs. To really grow, you have to conquer your fear and challenges. The beauty and strength shown by my sisters is very attractive, and I have learned a lot from them.”