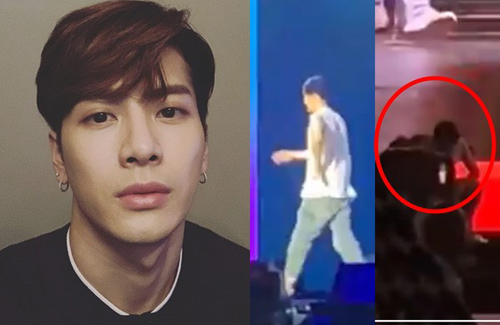 South Korean boy band GOT7 is currently on its Keep Spinning 2019 World Tour. During a stop in Mexico City, Hong Kong member Jackson Wang (王嘉爾) was performing like normal, before he suddenly walked off the stage while holding the side of his waist in pain. Many fans were worried if his old injury recurred. He didn’t appear for the end of the concert, but later posted messages on social media reassuring fans that he was fine.

It turns out the 25-year-old suffered a little food poisoning and wasn’t capable in finishing his performance for their song “Look“. He walked off stage while the rest of GOT7 continued dancing. Jackson held his side painfully as he crouched down beside the light fixtures to not disrupt the rest of the group on stage.

He had fans even more worried when he didn’t return to the stage again. Feeling apologetic, Jackson later posted an English message on his Instagram explaining he got food poisoning. He also posted the same content in Chinese on Weibo to reassure fans that he was fine and that they don’t have to worry about him.

Along with GOT7, Jackson will be continuing will be performing in Chile in the next three days on their tour.

I hope you get well soon na 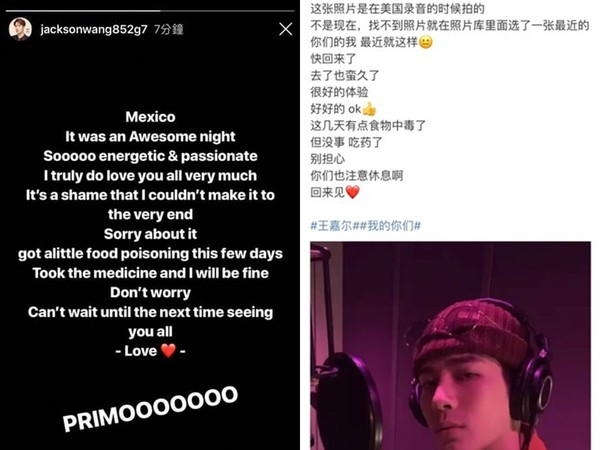