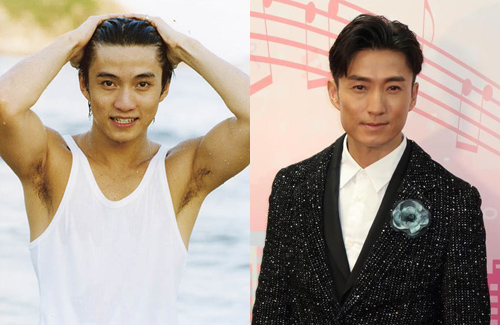 With the TVB Anniversary Awards just around the corner, discussions about the hot favorites for this year’s TV King and TV Queen have ramped up. Due to the success of Barrack O’Karma <金宵大廈>, Joel Chan (陳山聰) is one of the hot contenders this year, and this was his first male lead role ever. During an interview on Dodo Cheng’s (鄭裕玲) radio show, When I was Young I Listen to the Radio (口水多過浪花), Joel reflected on the ups and downs of his life and career to date. 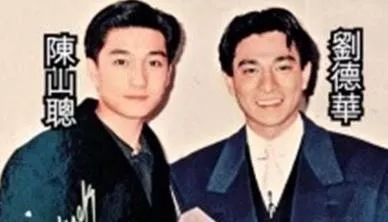 Debuting as a singer in 1994, Joel shared that his decision to join the industry was partially due to his idol, Andy Lau (劉德華). “When I was younger, I was a fan of Andy. Because my brother-in-law knew him well, he took me backstage once [when I was 17 years old] and I finally got to meet my idol.” Soon after, Joel joined Andy’s newly established music company, New Melody, and released two albums.

Due to the financial collapse in 1997, Joel had no choice but to shift his career focus to acting. The jobs, however, were sparse and Joel eventually found himself jobless. Being the youngest in the family, Joel stubbornly refused to take part in the family business. “I didn’t want to go back to Macau and learn how to do business with my dad and brother. I always placed my interests and hobbies first. I would rather be employed as a salesman and sell jeans. I was only paid about $3,000 HKD each paycheck. It was a great difference from when I was earning $10,000 HKD per month as a singer.”

At 21 years old, Joel began to grow tired of the monotony of a nine-to-five job. He decided to give the entertainment industry another shot and began filming travel variety shows and guest starring in dramas. Determined to see it through this time, Joel began taking acting lessons. Since joining TVB, Joel has slowly been making his way through the ranks. Noted for his convincing portrayals and screen presence, he was a male lead in the making.

All of that fell away when it was rumored that Joel was cheating on his wife and dating heiress Florinda Ho (何超雲) in 2011. Though Joel initially denied the rumors, it was revealed that he had divorced his wife at the end of 2010. Despite Joel’s high-profile relationship with Florinda, they eventually broke up in 2013.

Faced with an onslaught of criticisms, disapproval, and condemnations, Joel turned to running in order to keep his mind quiet and relaxed. Despite knowing the pressures he would be facing, Joel decided to tackle difficulties head-on and restarted his acting career at TVB again.

Dodo asked whether Joel had thought about becoming a male lead in the past. Joel answered, “Thirty years ago, I would ponder about why I couldn’t become a male lead. But after I left and returned to TVB, I didn’t care about that anymore. I became much more grounded. Perhaps it is because I gained more life experiences and learned how to be grateful and appreciative. No matter what kind of character I am portraying, I will do my best.”