Law Lok Lam Slows Down Workload for Love of Family 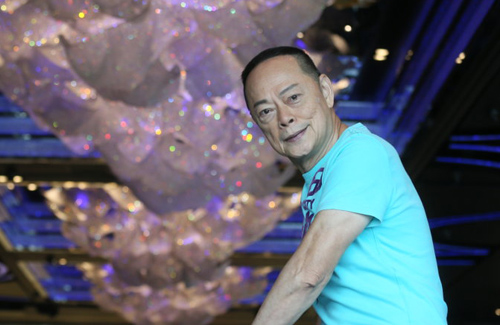 Veteran actor Law Lok Lam (羅樂林) has been acting for 40 years. During his busiest time, he filmed four TVB dramas simultaneously and for one year, only slept three hours every day. Already 71 years old, Law Lok Lam has scaled back his work schedule because his daughters want him to get more rest.

Extremely close with his family, Law Lok Lam still lives with his ex-wife Chan Bo Yee (陳寶儀) despite their divorce. When he turned 70, his three daughters threw him an unforgettable surprise party. Law Lok Lam said,”Every year, they will mark their calendars to eat dinner with me for my birthday, and then go to a bar–we would drink until morning if I don’t have to work the next day. That year, we went to a restaurant and suddenly the lights went on…I saw over 70 people singing happy birthday to me. My eyes suddenly filled with tears. I saw my friends, old neighbors from Kowloon City, scriptwriters and directors, and my daughters’ friends whom I’ve known since they were three years old….”

Among the group of guests was Ada Choi (蔡少芬), whom Law Lok Lam developed a close friendship with after portraying her father in an early drama when Ada first entered the industry. When one of his daughters got married, Ada attended the wedding even though she had to rush straight from the airport. However, Law Lok Lam regrets that he wasn’t able to attend Ada’s wedding since he was filming three dramas at the time.

In the Industry for 40 Years

Well respected in the industry for his acting talent and well liked by his peers, Law Lok Lam cherishes his ties from the past. Although he has moved out of Kowloon City for 20 years, he still likes to go there for meals and shop for groceries to catch up with old neighbors. Running into old friends like Ekin Cheng (鄭伊健), Sean Lau (劉青雲), Alex Fong (方中信), Chow Yun Fat (周潤發), and Jessica Hsuan (宣萱) fills him with happiness as they catch up with each others’ lives.

Reminiscing about his past, he often remembers his role as Yang Guo in RTV’s The Return of the Condor Heroes <神鵰俠侶>. He said, “This was my first important role in a drama. Since I didn’t have enough experience, it was a really tough role for me.”

When RTV closed, he worked for ATV and appeared in classics such as Dynasty <大內群英> and The Tai Chi Master <太極張三豐>. Joining TVB more than 30 years ago, Law Lok Lam has appeared in many memorable dramas such as The Greed of Man <大時代>. 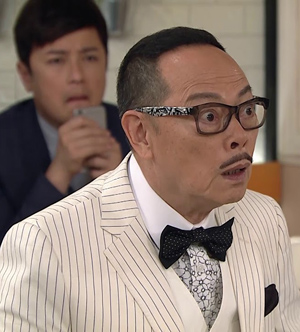 Due to his remarkable, expressive eyes which can deliver bone-chilling stares, Law Lok Lam was often cast as villainous characters who suffered violent ends. He infamously “died fives times in one day” due to reruns and current broadcasts of his dramas, indicating the level of his popularity among TVB producers.

Landing his role as wealthy businessman Lung Gam Wai in sitcom Come Home Love: Lo and Behold <愛·回家之開心速遞> has brought stability in the last two years, and gave Law Lok Lam a more endearing image with young and older audiences. “Although my character is very flirtatious, has a loud voice, and acts like a dictator at home, he can rap and even children like him. Parents will come up to me and ask for photos together. It’s a role that’s very likable.”