Congratulations to Mario Ho (何猷君) and Ming Xi (奚夢瑤) on the birth of their baby boy!

Mario, the son of casino kingpin Stanley Ho (何鴻燊) and Stanley’s fourth wife Angela Leong (梁安琪), experienced major life events all in one go. The 24-year-old proposed, got married, and had a baby in a span of six months. Previously, it was rumored that Stanley’s children from his past three marriages are all eager to wed and have children for a bigger share of his assets. Each new family member will reportedly get an extra 500 million yuan, so Mario would earn double of that for marrying Ming Xi and bringing Stanley’s first grandson into the world. Mario has always been a math genius since young, so calculating how to become “Life’s Greatest Winner” was a piece of cake.

In fact, the new dad has been winning since 2008. In the past, Mario won the Hong Kong Championship of the World Mathematics Open twice, and he also took home five gold medals in the UK’s National Mathematics Competition.

In 2016, he was admitted to MIT for a bachelor’s degree in Economics and Computer Engineering. In order to give his parents a surprise, he successfully completed a four-year academic course in a mere three years, and at the age of 21, Mario became the youngest student in history to pursue a master’s degree in finance at MIT. 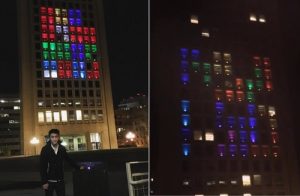 “I don’t get to eat and sleep every day,” he once wrote on Instagram. “I have so much homework that I often forget which assignment is for which class. What am I suffering for? I want the world to know that I can use my own hands to achieve a goal that normal MIT students find difficult to achieve because I am me!”

Perhaps it’s because studying took a toll on him, but on the eve of his MIT graduation, he hacked the school’s outdoor lighting system and turned the façade into a colorful Tetris by making the windows different colors. At the time, he boasted on Instagram, “Why would you play Tetris on your iPhone when you are smart enough to use the whole building to play it?” 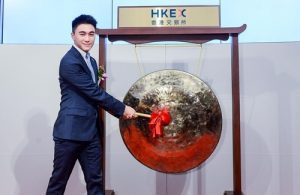 After graduating, Mario met the founder of the Mainland game company, iDream Sky Technology Limited, by chance. He joined the company as the chief marketing officer, and the company was listed on the Hong Kong Stock Exchange at the end of 2018. Mario gave his first prospectus to Stanley as a birthday present.

Though Mario’s entrepreneurial journey seems smooth sailing, he encountered a lot of bumps along the way. When he developed his career up north, he made many mistakes due to cultural and language differences. His office at the informational technology company he founded in Shanghai was only 50-square-feet.

Also, passersby often spotted him taking the train, and even when he flew abroad, he chose economy class instead of first-class or business class. It is obvious that this rich second generation is very grounded.