Moon Lau Shares Her Supernatural Experience in a Hotel Room 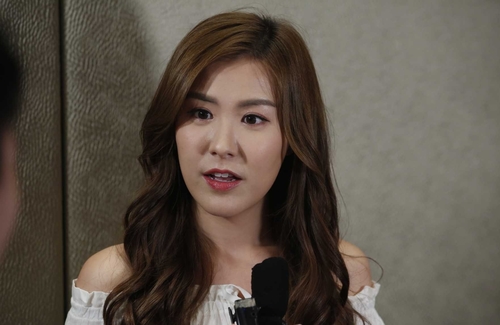 Moon Lau (劉佩玥) attended the promotional event for TVB’s currently airing horror drama that she participated in, Our Unwinding Ethos <十二傳說>, and shared her supernatural experience. Before she became an actress, she worked as a flight attendant and encountered a snoring ghost while at a hotel in Shanghai.

“When I entered my hotel room, I smelled a lot of smoke, so I asked to switch rooms,” Moon expressed. “But the hotel was pretty booked so I could only move into a room at the end of the hall. I didn’t have a problem with that, but when I was sleeping, I heard a man snoring in my ear. I was so mad at the time because I was super tired and I just wanted to sleep.”

She continued, “So I shouted, ‘Be quiet!’ Afterward, I didn’t hear anything, and I slept very well that night.”

Moon’s colleague, on the other hand, wasn’t so lucky. “Something in Thailand followed my coworker onto the plane and back to Hong Kong. Once she landed, she couldn’t return home, she had to find a master immediately to get rid of the ghost. ”

It turns out that Moon is a bold person. As a Christian, she is not afraid of the dark, ghosts, or insects. “I think it’s better to believe in the supernatural than not, but as long as you are an honest and good person, then you shouldn’t be scared,” Moon said. “If you are unlucky and encounter something that bothers you, then you must let them know that you are more powerful than them. Of course, you shouldn’t bother them first.”